Now that the aftermath of the Jets’ debacle in New England and the fallout from Robert Saleh benching Zach Wilson have cleared, the reconstruction of the young quarterback’s psyche and game can begin.

That task falls largely on the shoulders of offensive coordinator Mike LaFleur. This is a huge test for the young coach, who has been a mixed bag over two years on the job.

That’s the right answer in front of the media. Now, he must find the right answers behind the scenes as he tries to rebuild Wilson, the quarterback the Jets drafted No. 2 overall just a year ago.

For LaFleur, this is a chance to show his ability in developing a quarterback. So far, it hasn’t happened. This is not just a reset for Wilson. It is a reset for the entire organization and how it has managed Wilson to this point. They handed him the starting job in 2021 as soon as they submitted the card to draft him out of BYU. There was never any challenger, and there was never even any discussion of whether he was actually ready for the job. 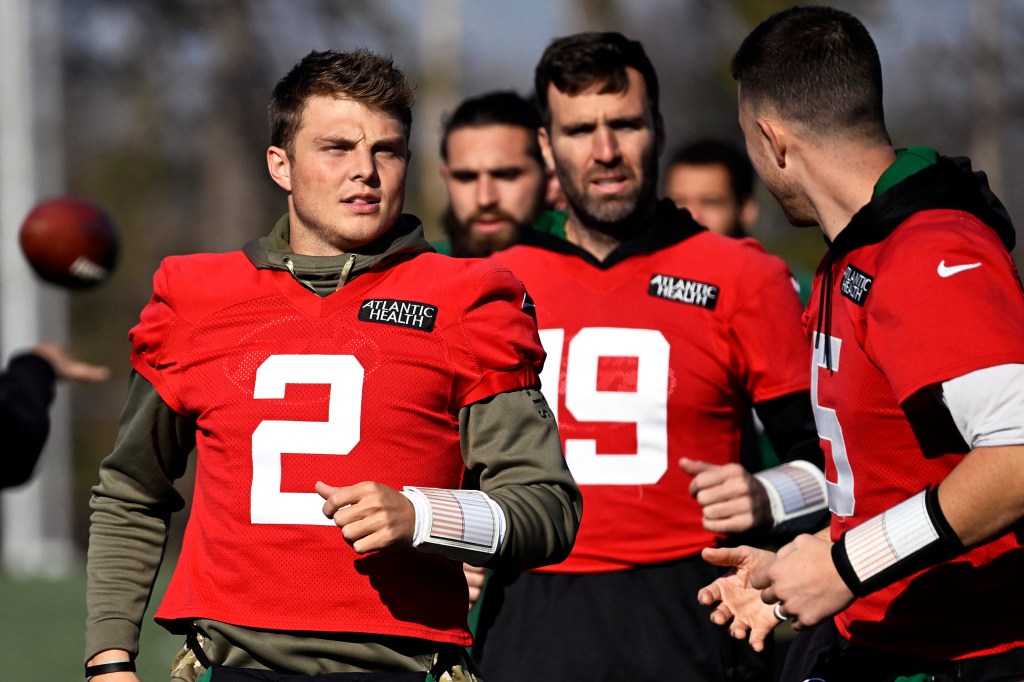 In hindsight, the Jets would have to admit that was a mistake. Wilson would have benefitted from having to fight for the job. Heck, they made Sauce Gardner earn the starting cornerback job this summer, not putting him with the starters right away and Gardner was more than ready to start in the NFL.

Until Monday, the Jets have also been defiant when challenged about Wilson. They have defended him and not acknowledged the issues that were clear, even during the four-game winning streak in October.

All of that changed Monday, and now everyone starts a new chapter in the Zach Wilson journey.

LaFleur is a smart coach who has a knack as a play-caller. The question he must now answer is how he and quarterbacks coach Rob Calabrese are when it comes to getting the most out of a player, who right now is wounded. 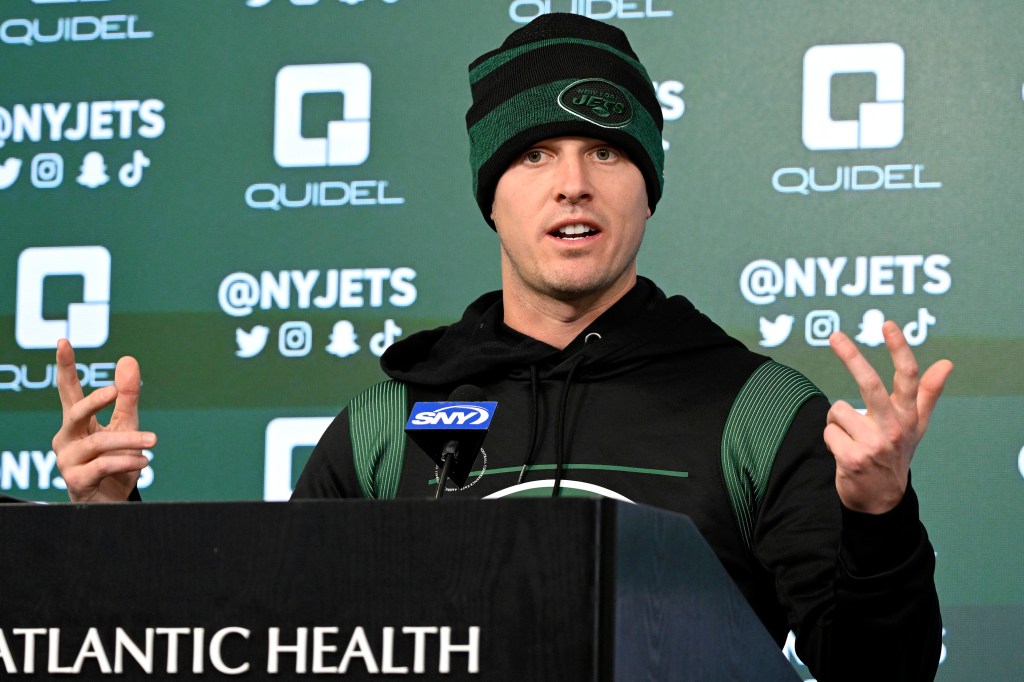 “It’s a mental and a physical reset, more so the physical,” LaFleur said. “I got to find a way to get him to play more fundamentally sound in the lower half, and that’s what we intend to do over these next few weeks. Again, the more consistent you are in your lower half, the more consistent play you’re going to have when you get out there on Sundays. So, we’re going to get right back to that.”

Get the insider’s view on Gang Green

Sign up for Inside the Jets by Brian Costello, a weekly Sports+ exclusive.

Jets offensive coordinators have had about as much staying power as the drummers in “Spinal Tap.” Think about this: If LaFleur remains as offensive coordinator in 2023 (and he should), he would be the first offensive coordinator to make it to three years on the job since Brian Schottenheimer, who held the job from 2006-11. Tony Sparano, Marty Mornhinweg, Chan Gailey, John Morton, Jeremy Bates and Dowell Loggains all lasted just one or two years.

LaFleur has a tough job ahead of him. He must work on rehabbing Wilson while also getting Mike White up to speed and figuring out how to get this offense going. Though the spotlight has been on the quarterback all week, the Jets did not do anything well offensively in the 10-3 loss to the Patriots in which they gained 103 total yards, 2 in the second half.

LaFleur needs to find a running game without his top runner Breece Hall. He needs to get a banged-up offensive line to perform better, and he must manage a wide receiver room that has two players who have requested trades this season and another who called the offense “sorry” after Sunday’s loss. 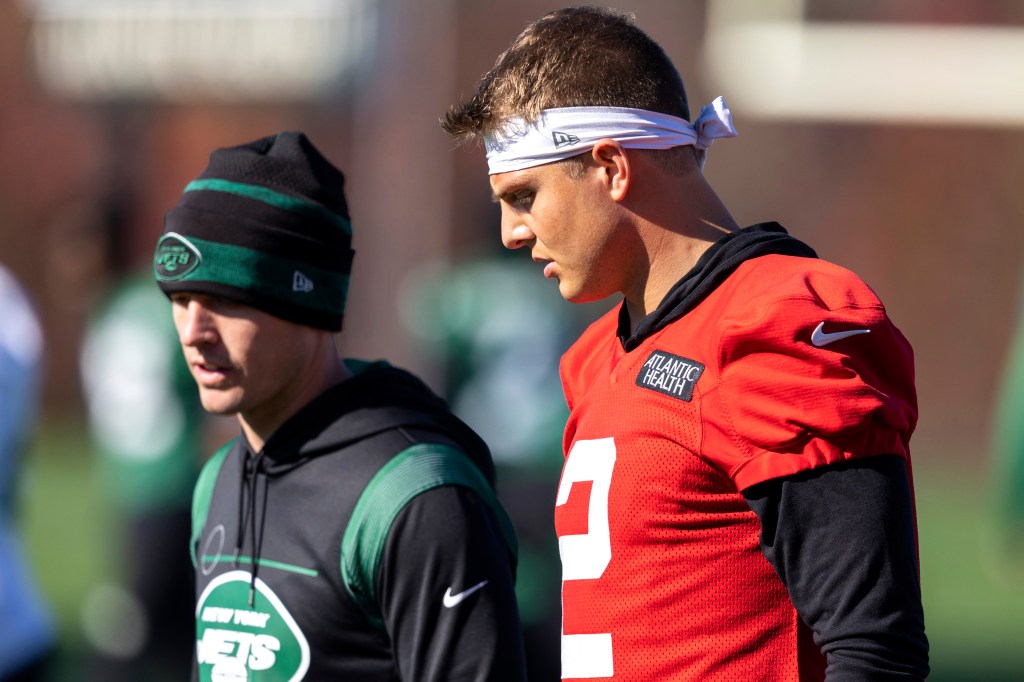 The true test for LaFleur begins now. It starts with unlocking the talent Wilson showed at BYU and getting his head straight. If this goes well, LaFleur will be getting head-coaching interviews in 2024. If it doesn’t, the Jets will be back to Square One at quarterback in 2024 and maybe offensive coordinator, as well.

How Long Is Elijah Mitchell Out? Injury Timeline, Return Date, and More...

🥇 MOTM: A first Argentina World Cup start for a player with...

Costa Rica vs Germany prediction: How will World Cup 2022 fixture play out?

How Long Is Elijah Mitchell Out? Injury Timeline, Return Date, and More on 49ers Running Back

🥇 MOTM: A first Argentina World Cup start for a player with a huge future

Taylor Booth named Eredivisie Player of the Month for November

Steelers’ Offense Could Have Its Best Game Against Falcons

Today at the World Cup: Crunch time for Germany and history to be made