Indeed, the youngest generation of players in the game today is under 25 (including the best of the bunch, Luka Doncic, who was born in 1999).

Nevertheless, for a more focused analysis, our objective was to identify the top 10 players in the world’s premier basketball league born since the end of the Y2K craze.

Three No. 1 overall picks ― Zion Williams (New Orleans Pelicans) in 2019, Anthony Edwards (Minnesota Timberwolves) in 2020, and Cade Cunningham (Detroit Pistons) in ’21 ― are among the elite group. And a pair of NBA Rookie of the Year Award winners, LaMelo Ball of the Charlotte Hornets (2020-21), and Scottie Barnes of the Toronto Raptors (this past season), are also in the mix.

Players who are key offensive contributors and make an impact at both ends of the court comprise our list of the top 10 NBA players born in the 21st century.

Let’s start with a trio of elite playmakers. Ball, who dished out a career-best 15 assists against the New York Knicks on March 30. Darius Garland has played both guard positions during his three seasons with the Cleveland Cavaliers. And Tyrese Haliburton, who was traded by the Sacramento Kings to the Indiana Pacers in February.

Of the three backcourt dynamos, Garland (DOB: Jan. 26, 2000) had the passing numbers this past season, averaging 8.6 assists per game, the sixth-best average in the league.

Haliburton, born a month later, dished out 8.2 assists in his combined stints with the Kings (51 games) and Pacers (25). That put him at No. 7 on the NBA’s assist leaders chart.

Meanwhile, Garland is already a bona fide scoring weapon at this stage of his career. He cracked the top 20 in scoring, contributing 21.7 ppg (No. 18 overall) this past season.

Stellar overall output provided a telltale reminder that Haliburton is clearly one of the top 10 NBA players born in the 21st century. Two seasons into his career have provided ample evidence. Haliburton was named to the All-Rookie First Team in 2020-21. In addition, he’s a career .412 percent shooter from 3-point range. 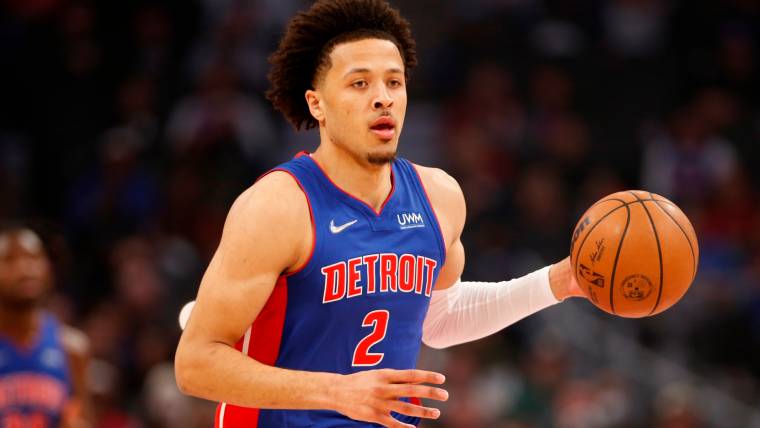 The rebuilding Pistons lost 59 of 82 games, so there weren’t a ton of bright spots for coach Dwane Casey’s team. But young point guard Cunningham filled a vital role for the youth-laden team. Thirteen Pistons listed on the team’s 2021-22 roster had three years of less experience in the league prior to the season. Only three Pistons started 60 or more games, with Cunningham’s name in the starting five for all 64 contests he played in.

In January, Cunningham’s confidence about his place in the Rookie of the Year race was on display in an interview with Bleacher Report. The ex-Oklahoma State standout said, “It’s definitely a goal of mine. I feel like I am the best rookie.”

In a March 7 victory over the Atlanta Hawks, Cunningham scored 15 of his 28 points in the fourth quarter and overtime. He also handed out 10 assists. After the game, Casey told reporters: “He is playing like a 10-year vet so to get 10 assists and 28 points, that is big time. We were trying to go to him down the stretch, which we wanted to. For me, he is the Rookie of the Year just the way he won the game for us tonight.” 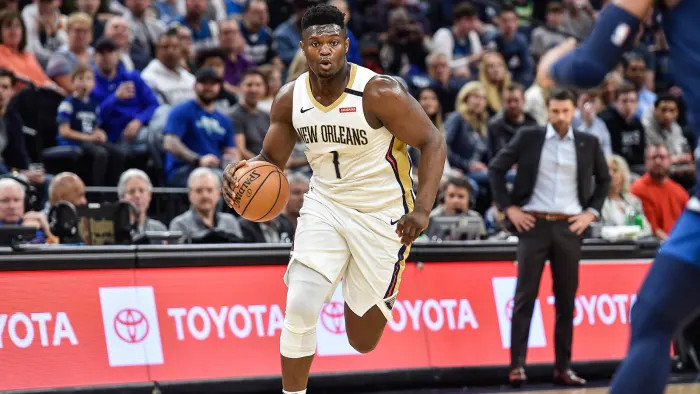 As the 21st century marches on, Williamson and Tyler Herro of the Miami Heat are among the young players expected to be elite scorers for years to come.

Unfortunately, Zion has been plagued by injuries. He missed the entire 2021-22 season due to a foot injury. But when he’s healthy, he’s been an explosive scorer, averaging 25.7 points in 85 career games. The 2021 All-Star Game starter was selected as an All-Rookie First Team pick the season before.

As for Herro, he showed a lot as a rookie for the title-chasing Heat in Zion’s rookie season. He dropped 37 points on the Boston Celtics in Game 6 of the Eastern Conference finals in the series-clinching game. In a headline-grabbing performance, Herro, an All-Rookie Second Team selection, made 14 of 21 shots. He sank 5 of 10 from beyond the arc.

In November, Heat coach Erik Spoelstra commented on Herro’s potential. The bench boss explained why Herro is in the conversation about the top 10 NBA players born in the 21st century. “You’re talking about somebody who’s becoming one of the most skilled players in this League,” Spoelstra said, according to Sports Illustrated.

A career 16.7 ppg scorer, Herro supplied 20.7 points, 5.0 rebounds and 4.0 assist off the bench for Miami last season.  In doing so, he was named the NBA Sixth Man Award, receiving 96 of 100 first-place votes. He had eight 30-point games while coming off the bench.

The NBA named Ball, Edwards, and Haliburton to its All-Rookie First Team for the 2020-21 season.

Edwards, who attended the University of Georgia before becoming the No. 1 pick, immediately established a strong foundation for his career with the Timberwolves. He appeared in all 72 games and contributed in all facets of the game: 19.3 points, 4.7 rebounds, 2.9 assists, 1.1 steals.

There was good news for Minnesota fans the next season: Edwards had across-the-board statistical improvements. In addition to his 21.3 ppg, the 193-cm (6-foot-4) shooting guard finished with 4.8 rebounds, 3.8 assists, and 1.5 steals. Teammate Jordan McLaughlin said in April that Edwards’ on-court presence is rare for a player so young.

Consider McLaughlin’s comments a ringing endorsement for Edwards to be listed among the top 10 NBA players born in the 21st century. 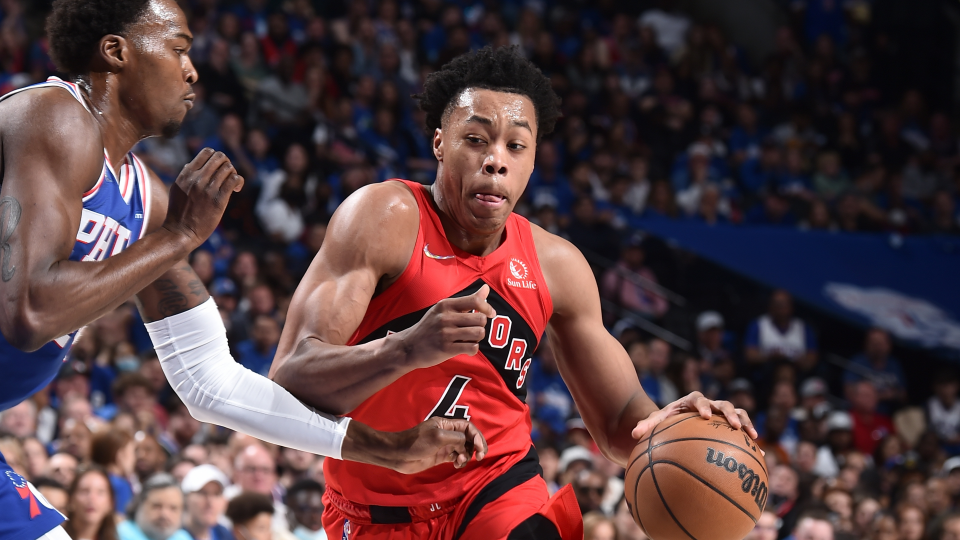 Toronto Raptors swingman Scottie Barnes, who turns 21 in August, surprised nobody by winning the NBA Rookie of the Year award.

Raptors president Masai Ujiri analyzed Barnes by saying, “What you see on the court is exactly who Scottie is: enthusiastic. Joyful. Athletic. Skilled and a winner.”

Evan Mobley, the third pick in the 2021 NBA Draft, fulfilled an immediate need for the Cleveland Cavaliers: giving them a strong physical presence in the lineup. 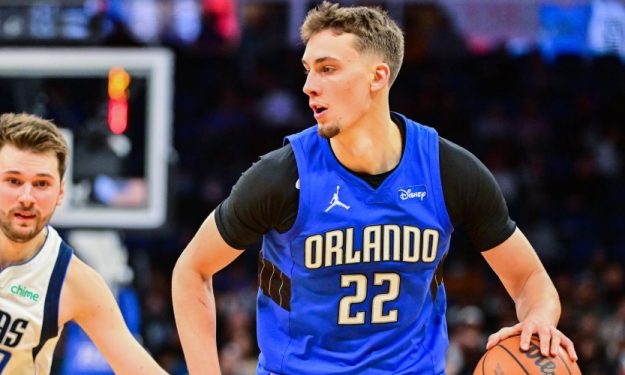 Wagner, who hails from Germany, poured in 15.2 ppg as a rookie before his 21st birthday (in August).

Green played for the NBA G League Invite squad in 2021, before the Rockets made him the No. 2 overall draft pick. The California native, who celebrated his 20th birthday in February, had a strong rookie campaign. He appeared in 67 games (all starts) and recorded 16.7 ppg and added 3.4 rebounds and 2.6 assists.

Australian Giddey gets the job done

Although Green had a solid first season in the NBA, it’s this writer’s assessment that Australian shooting guard Josh Giddey, who turns 20 in October, should round out the final spot on the list of top 10 NBA players born in the 21st century. He made his mark with 12.5 points, 7.8 rebounds, and 6.4 assists ― solid numbers for a player in his teens, 20s, 30s, or 40s.

At this stage of his career, Giddey, the No. 6 pick in 2021, looks like a better all-around player than Green. But a hip injury contributed to his shortened NBA campaign (54 games). He appeared in his last game in late February.

Shapovalov upset in wimbledon second round

Ricky’s tennis picks for Day 5 at Wimbledon: Djokovic vs. Kecmanovic and Sinner vs. Isner

Marcus Smart ruled out for Game 2 against Milwaukee