The 2022 World Cup is just a few days away from commencing in Qatar, and it is when experts, critics, fans, and enthusiasts make predictions about who will get their hands on the coveted trophy this time. When it comes to watching the action, if you haven’t made the trip to the Middle East,  – fear not – because the action is being streamed across multiple channels. This seems to be the norm as interest in streaming football continues as 80% of UK sports fans now want to watch sport exclusively on streaming platforms. No matter where you’re based, you’ll be able to watch the action unfold and your favourite team. Speaking of, who is likely to win the competition?

Brazil is the most successful nation in World Cup history, having lifted the trophy five times, and in the build-up to Qatar, they are the overwhelming favourites to land the gold trophy a record sixth time. So what are the reasons? In this article below, we take a look at those.

Neymar will be one of the top stars to watch out for at this World Cup as it could be his final tournament, as revealed in October last year that he may resign from the national team after the showpiece event in Qatar. The 30-year-old forward also stated that his main objective now was to help Brazil become the World champions. 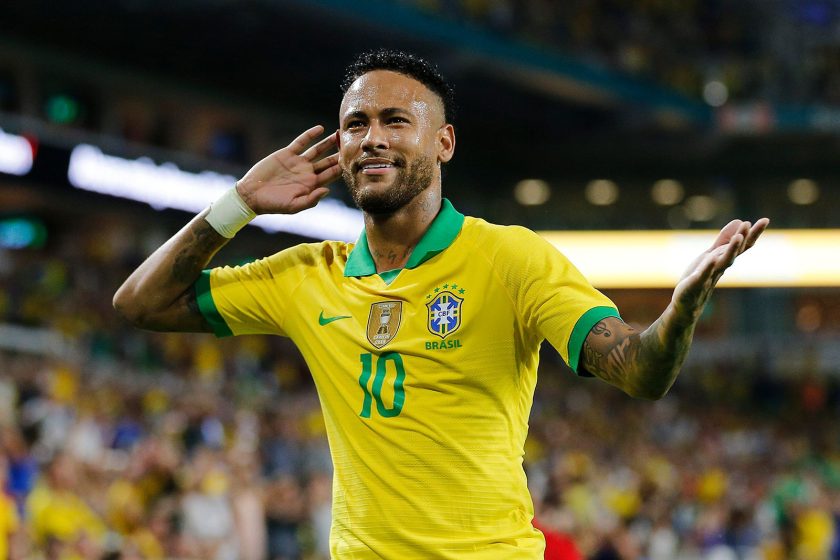 Neymar will make his third consecutive World Cup appearance off the back of a fantastic club form with Ligue 1 heavyweights Paris Saint-Germain. The Selecao superstar has scored 15 goals and supplied 12 assists in 20 appearances, demonstrating that he is currently playing at the peak of his powers.

There is the weight of the nation on his shoulders, and if this is to be Neymar’s final World Cup, Brazil is in the form to deliver the title. The fans will hope Neymar stays in good shape and in good spirits throughout the World Cup and surpasses Pele’s 77 goals to become Brazil’s record goal-scorer.

Yes, Neymar is the main star of this Brazil team, but the star cast surrounding him is second to none.

The Selecao boast of unbelievable attacking quality and depth, which is certain to make the rest of the 31 teams envious. Apart from Neymar, Tite has a plethora of attacking options in Richarlison, Raphinha, Antony, Gabriel Jesus, Vinicius Jr, Gabriel Martinelli, Pedro, and Rodrygo Goes, who can change the course of the game in one blink of an eye.

Tite, an experienced coach, will get Brazil prepped up for each game they play, but with so little preparation time before the tournament to get key organisation and structure right, it could come down to the individual brilliance of the aforementioned attackers to settle some games.

And if Neymar endures an off day in the office, Brazil should not feel the effects of over-relying on their former skipper—unlike they did in the 2014 and 2018 World Cups.

The value of experience in any team competing in the World Cup is difficult to explain, and in Tite’s Brazil squad, it is priceless.

This Selecao group is blessed with winners; from Thiago Silva, Neymar, and Dani Alves to Marquinhos, Casemiro, and Alisson Becker, the team’s spine is hugely experienced and capable of dealing with testing situations on the pitch.

Vinicius Jr and Rodrygo have tasted Champions League glory with Real Madrid, while Antony won the Eredivisie twice with Ajax. Gabriel Jesus, now with Arsenal, was a serial winner with Man City, whereas Alisson is one of the best goalkeepers in world football.

One of the prime reasons Brazil will be able to tear it up in the group stage and carry that form and momentum into the knockouts is due to their experience, winning culture, and ability to deliver as a unit.

NFC Playoff picture: The 49ers have their eyes on the top two seeds

Aston Villa vs Liverpool prediction: How will Premier League fixture play out?

NFC Playoff picture: The 49ers have their eyes on the top two...

NFC Playoff picture: The 49ers have their eyes on the top two seeds

Zach Wilson Benched: Has He Thrown His Final Pass for the New York Jets?

Paul Rivard: Frank Dancevic – We feel we can win the Davis Cup Finals!