Gerald Bourguet @GeraldBourguet
Jock Landale adds some depth to the center spot, which makes sense with DA’s situation and JaVale McGee leaving, but it’s hard not to think of this as another precursor to a big move coming up for the Suns – 7:01 PM

Matthew Tynan @Matthew_Tynan
Jock Landale talked at the end of the season about how much he wanted to stay in San Antonio for the rest of his career. Rough business. – 9:07 PM

Jeff McDonald @JMcDonald_SAEN
Sigh. Now we have to record another emergency podcast to break down the Jock Landale trade, I guess. – 4:02 PM

Tom Orsborn @tom_orsborn
Here’s the first graf of Spurs release:
The team has acquired a protected 2023 first round draft pick, two unprotected first round picks in 2025 & 2027, the rights to swap 2026 first round picks and Danilo Gallinari from Atlanta Hawks for Dejounte Murray and Jock Landale. – 3:53 PM

Matthew Tynan @Matthew_Tynan
Trade is official, and it turns out Jock Landale was a part of it. Perhaps for salary-matching purposes. pic.twitter.com/jxjIM52E36 – 3:47 PM 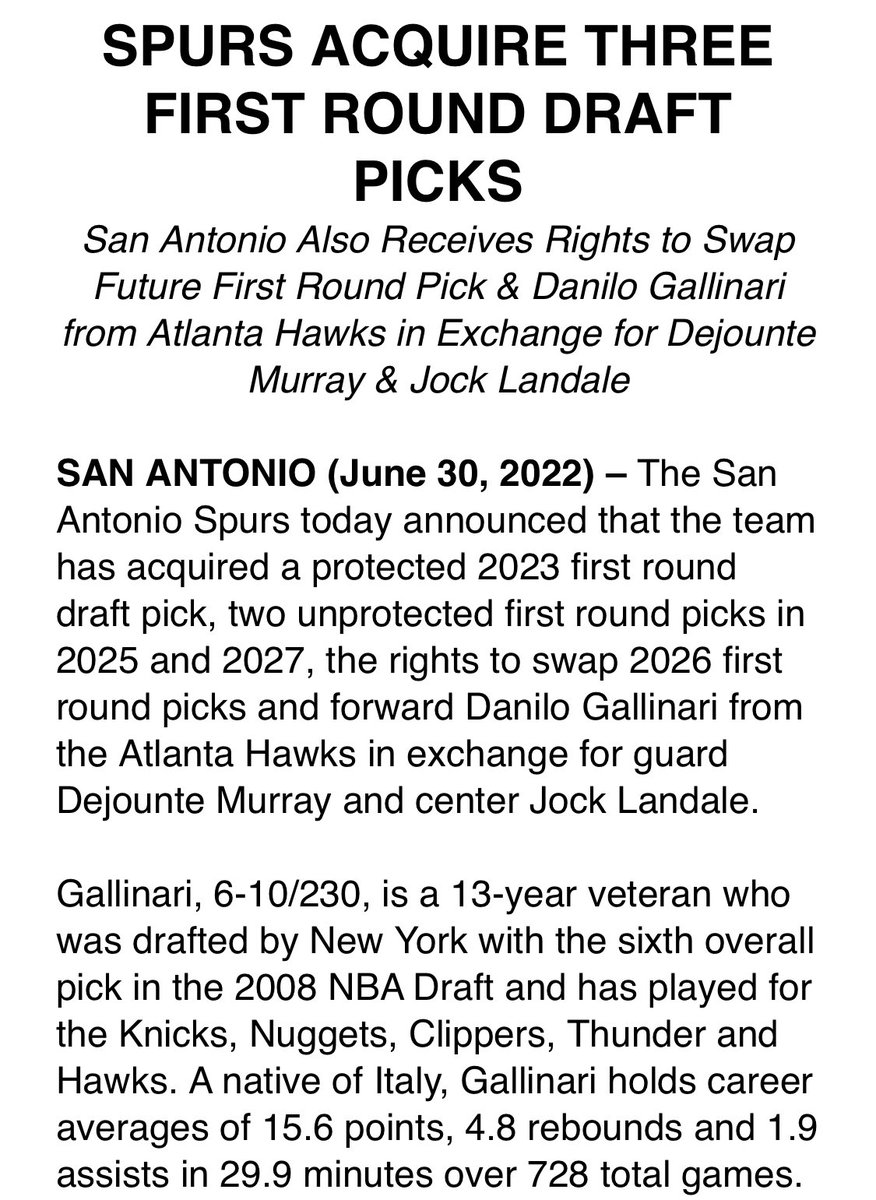 Mark Deeks @MarkDeeksNBA
One surefire way to take yourself out of the Kevin Durant stakes is to trade all your draft capital for Dejounte Murray and Jock Landale half an hour later. – 3:37 PM 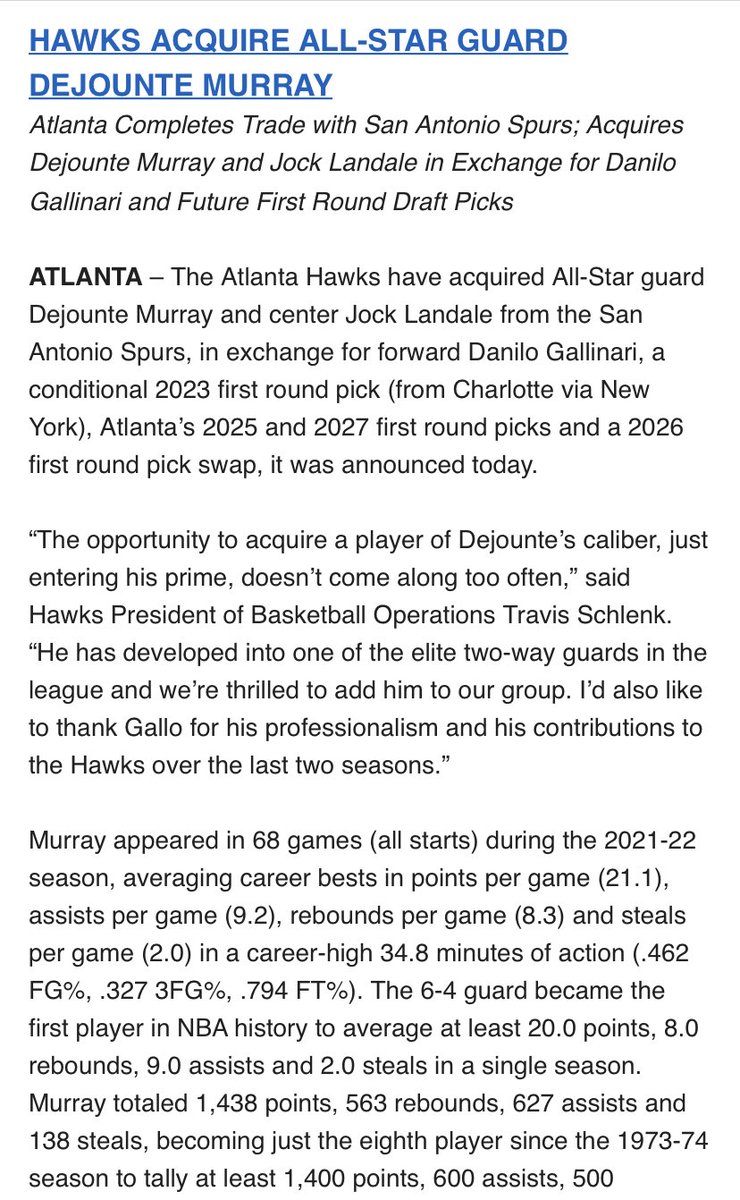 The NBA is full of superstars and, obviously, the best basketballers on the planet – so who stood out most to Jock Landale? He’s named Philadelphia 76ers centre and MVP runner-up Joel Embiid as clearly his toughest opponent. “Joel Embiid by a long way,” Landale told SEN Breakfast. “I said to my dad a couple of weeks ago – I said he’s the only player I’ll ever admit that I’ll never have a chance against. He’s just on a different level physically, offensively, defensively – he’s a freak of nature.” -via SEN.com.au / May 11, 2022

Jock Landale: “The other one that stands out like a sore thumb is Ja Morant who is a special, special player. Those guys I was like ‘wow this is completely different and unlike anything else I’ve ever experienced’.” -via SEN.com.au / May 11, 2022

The Celtics didn’t solve Giannis in Game 2. But they did start laying the blueprint.

Udoka explains keys to Celtics’ bounce back victory in Game 2