The Vertical @YahooSportsNBA
Pat Connaughton has agreed to a three-year, $30M extension with the Bucks, per @Shams Charania. pic.twitter.com/8s92SgKz6O – 11:55 PM 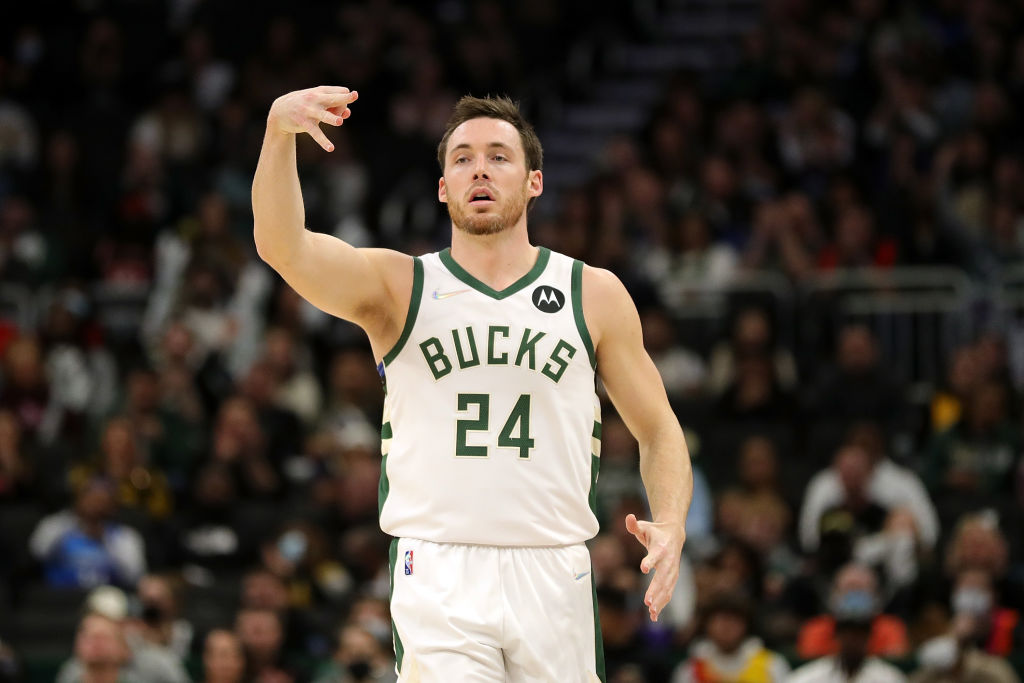 Yaron Weitzman @YaronWeitzman
Pretty sure after that last offensive foul Grant Williams yelled at Pat connaughton, “No. 34 don’t do that?!” – 9:55 PM

Eric Nehm @eric_nehm
Not sure if the ESPN crew has caught it on camera, but Pat Connaughton and Grant Williams have been (playfully) arguing the entire second half.
@Pat Connaughton was way outside of the coach’s box complaining about that last call. – 9:47 PM

Al Harrington on if Lakers should trade LeBron James