Matt Ebden has long loved the many traditions of competing at Wimbledon, but there’s even more to embrace in 2022 as he experiences The Championships with his family.

Australian Matt Ebden is sharing a travel blog as he competes on tour. The world No.31-ranked doubles player, who is on the road with wife Kim and son Harvey, writes his latest instalment from the All England Club in London.

Arriving at The Championships again this year, I had such feelings of joy and was very relaxed. I suppose because I have had three good lead-in weeks of grass tournaments, I feel I’ve had plenty of grass practice and matches and am ready to go.

We’d travelled from the Mallorca Championships in Spain after finishing the tournament on Friday, with a limited flight schedule only getting us into London at 11pm and to our accommodation at around 1am. So I arrived this time wanting to take it lightly for a day or two and enjoy the atmosphere and environment in a relaxed way before really getting ready to start playing.

There’s so much that makes Wimbledon special – the greenery, the All England Club’s famous green and purple colour scheme, the big old Millennium building and the gates and guards through which you enter. Everything oozes history and tradition.

I love so many of those traditions. The strawberries. The grass courts. The views of the entire grounds from the very top of the player cafe. Tea and scones. The British accents, the guards, and the formality and history of it all.

The crowds add to the unique experience. It’s one of the events in the world that is very hard to get into as a fan. Often people queue for hours – even all night in some cases – just to get a ticket to enter the grounds. There is a real respect and passion for the people and for the game of tennis. Wimbledon is much more than a tennis tournament. It’s iconic, it’s an institution and a famed establishment all by itself, and the people and players revere it.

Australian players feel a special connection to this Grand Slam for several reasons. Firstly, because we are traditionally grass courters ourselves. The Australian Open was originally played on grass, as were a few of our other tournaments.

Secondly, I think history and tradition play a big part. Australians winning at Wimbledon is a big part of the fabric of Australian tennis and has been such a staple for more than half a century.

Finally, as part of the Commonwealth, Australia and England share a lot of similarities and are very familiar with each other. The way of life in England is very easy for us as Aussies and I know I’m not alone in feeling like England is a bit of a second home. 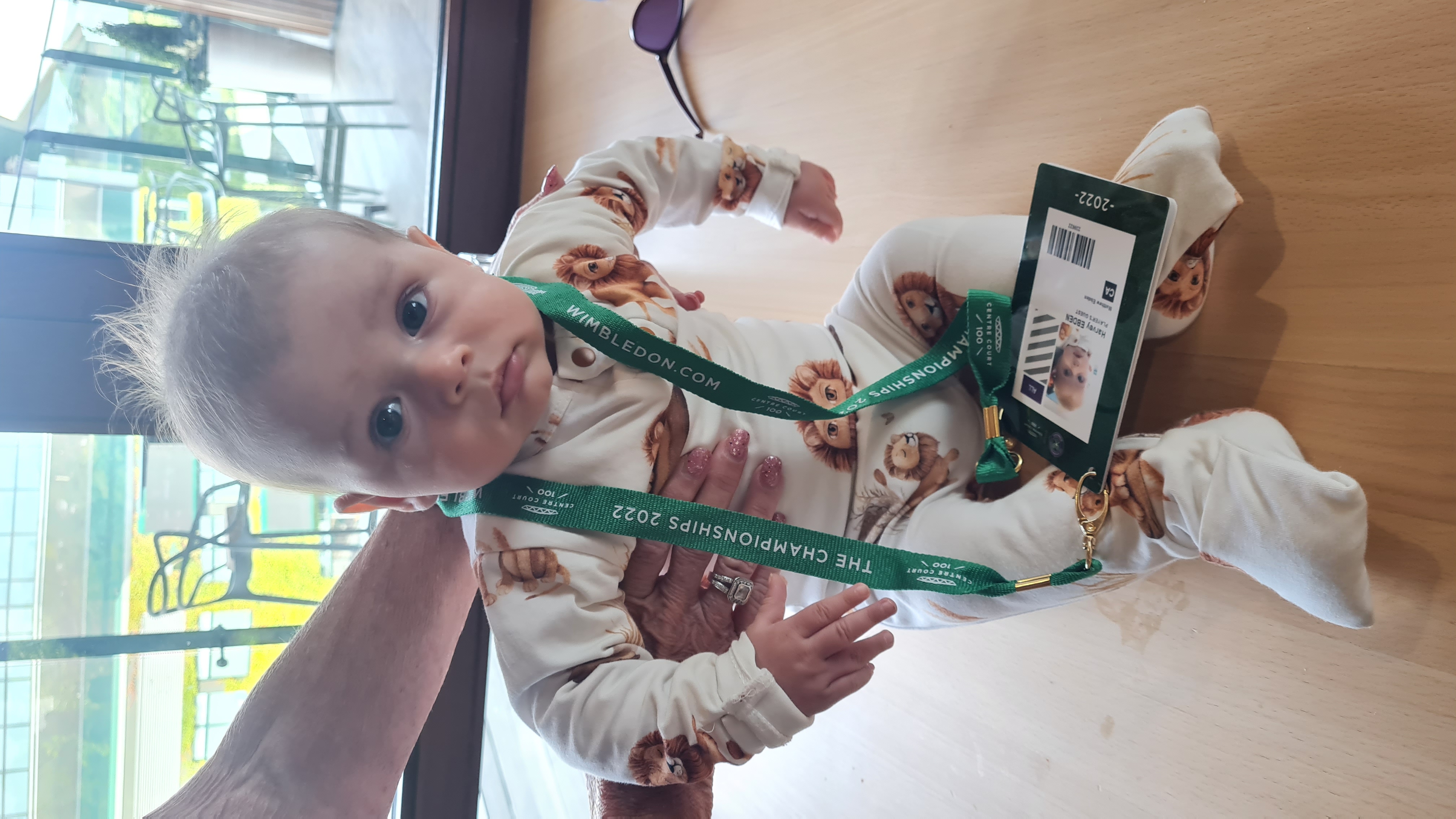 That feels especially true for me this year. Entering the grounds for the first time, I had to pick up my accreditation and list my family for credentials too. The staff were very sweet and welcoming. Knowing I had recently had a baby boy, they kindly asked if I wanted to list Harvey. He could get his own credential, printed with his name and picture. Of course, he doesn’t need it for access as he’s too young, but they wanted to go the extra mile to make a special memory and memento of his first time at Wimbledon.

And of course, having my wife Kim with me again is special. She was very sad to have missed Aussie Open this year as she was heavily pregnant with Harvey, and it’s also wonderful to have my mother Ann with us at Wimbledon again as she hasn’t been for quite a few years.

Over the years we have been fortunate to have a bit of a home base in London, so we are very familiar with life in the UK. This year having Harvey along with us adds another dimension. Staying in a two-bedroom place not too far from the All England Club, Kim and my mother can walk Harvey in the pram to the Wimbledon grounds, which is nice for them. They love walking and it’s a beautiful suburb.

Feeling so at home, I also feel embraced and welcomed by the hallowed turf. It makes it very enjoyable being back each year, and I’m extremely excited for what’s to come.

Tebbutt: Bianca and Denis, but not Félix