It is a wonderful time to be Zach Wilson. The Jets have gone out of their way to surround and support the quarterback with playmakers and protectors, and when they trumpet “Take flight” as a slogan, they are counting on him to one day land the plane, and they still believe that one day he will.

But in the meantime, before the summer of his second season even begins, it is critical that Wilson and the organization navigate the expectations for who he is now, and who they and long-suffering Jets fans hope and pray he can yet be.

“He doesn’t need to be Tom Brady this year. … If he ends up being that, that’s awesome,” head coach Robert Saleh said, “but that’s not the expectation for him. The expectation is for him to continue to climb that mountain.”

For Jets quarterbacks who have followed Joe Namath, most recently Sam Darnold, it has proven akin to climbing Mount Everest.

It is terrific that the franchise quarterback is a young man in a hurry. But Wilson needs to resist the temptation and desire to make that climb today.

“I really do have a lot of confidence in myself,” he said. “Obviously I think I can be one of the best, and I think if anybody doesn’t say that then they’re not a true competitor.” 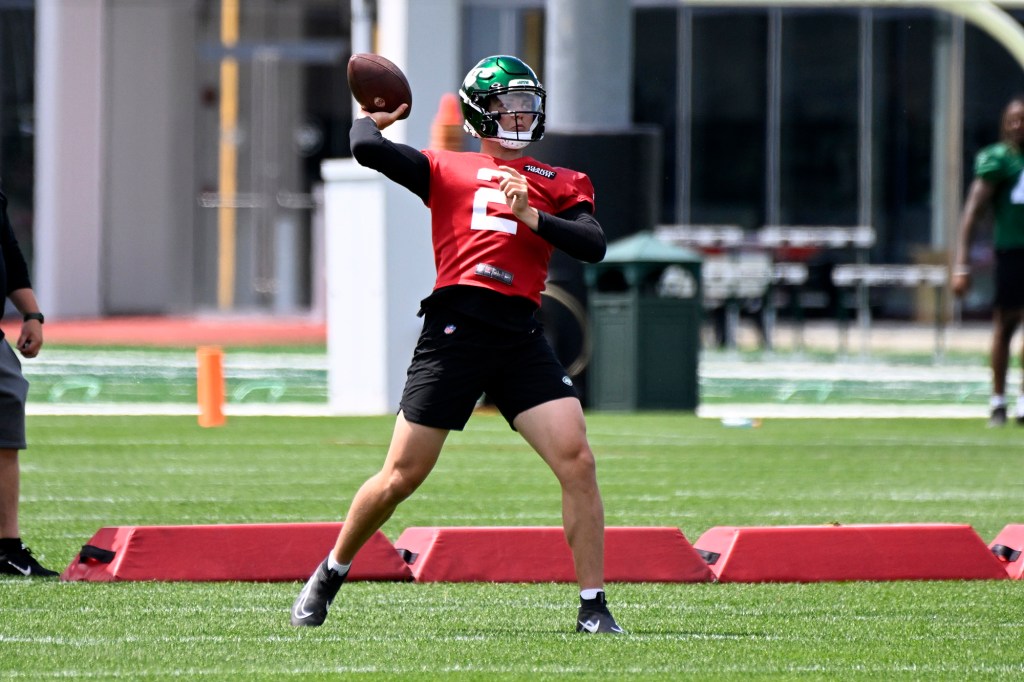 “I see the best play the game, and I think I can do the same thing right now.”

Except he can’t, and his maturation demands that he acknowledge and accept that.

“You have to ride out that process, you have to understand the process and where you’re trying to get ultimately overall,” Wilson said. “You can’t just look at it all in one year. I have to look at last year, the struggles and ups and downs that’s part of the process of getting better.

“Of course I’m gonna try and be the best I can right now, but you have to understand that it’s gonna take time.”

His challenge as an NFL quarterback is learning how to play the position. You can’t play hero ball and expect the honeymoon to last.

“Approaching every play like it’s just only that play you gotta focus on.” Wilson said. “For me it’s: How can I just go in there and make the best decision to put my team in the best position? How can I just do what the coaches are asking me? And then my time will come to be able to do the off-schedule stuff and whatever.”

Just because the best quarterbacks can take what they want doesn’t mean they should neglect taking what the defense gives them.

“It’s how smart and aggressive you can be at the same time,” Wilson said. 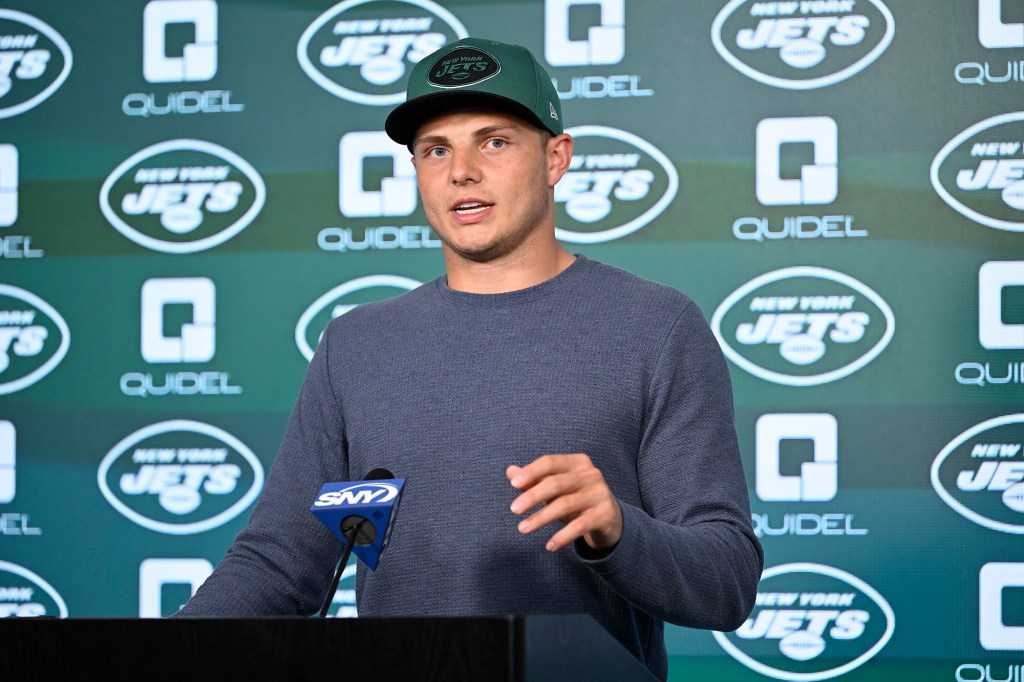 It isn’t just his physical gifts that have led him to becoming the franchise’s latest would-be savior.

“It goes back to mental makeup,” Saleh told The Post, “and just the way he sees the game, his recall, his ability to dissect and understand what’s happening around him.

“He’s got desire to be great. He’s first one in, last one out. You gotta kick him out of the building to go rest. But he’s made of the right stuff.”

And it is his good fortune that general manager Joe Douglas and Saleh are all-in on him. 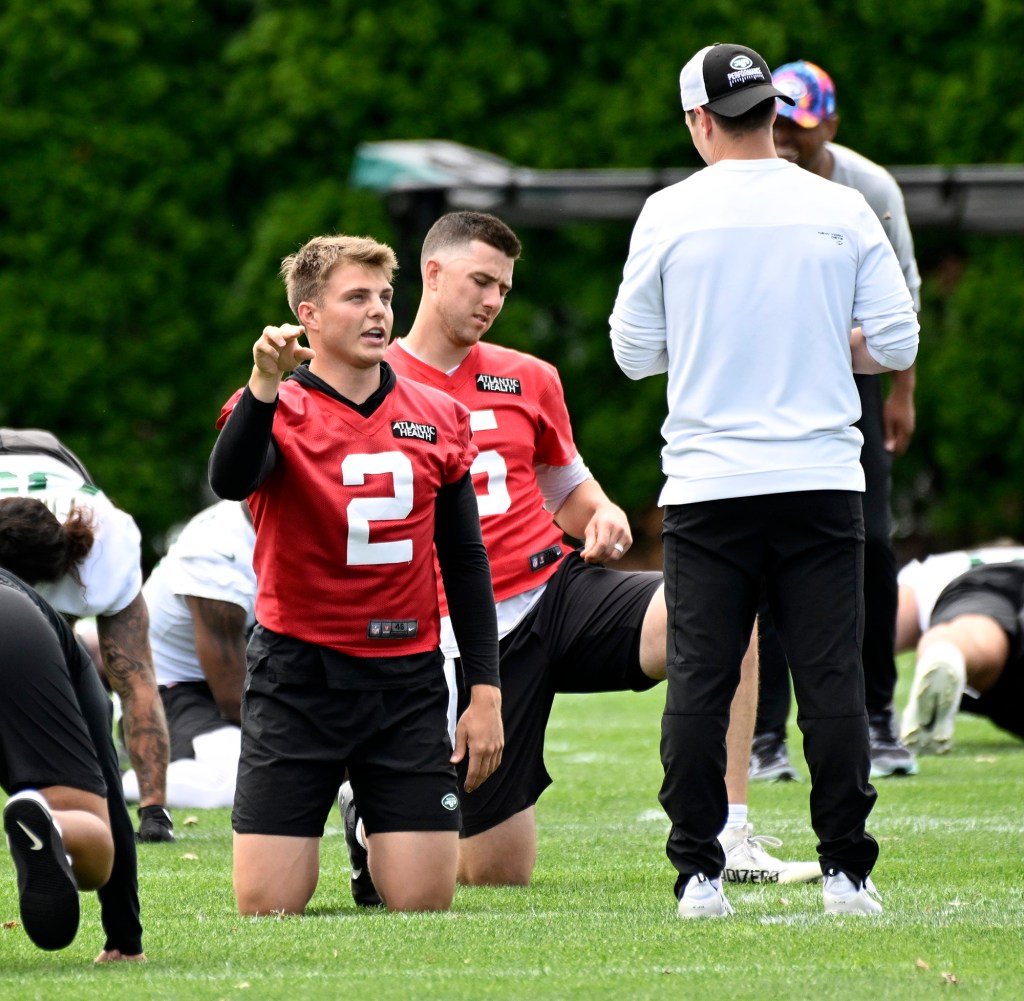 “You can tell the organization cares,” Wilson said. “They want to win just as badly as all of us. They’re doing everything they can to put me in the best position and everybody else around me. They’re giving me the ability just to say, ‘I’m gonna give this guy a shot right here, I’m gonna let him win.’ … We just need to put it all together.”

He saw how New York embraces winners in person at the Garden during the Rangers’ playoff run.

Keep up with the most important sports news

Sign up for Starting Lineup for the biggest stories.

“I don’t think there’s a better place to be,” Wilson said. “The longer I’m here, the more I do enjoy being here.”

It helps if and when you can block out the noise.

“There’s always somebody that’s doubting something that you’re doing or something that our team is trying to accomplish,” Wilson said. “I feel like that just kind of fuels you as a team. I would say 98 percent of the people outside of our building have no idea what’s going on anyway.”

But 100 percent of the people know a Namath from a Christian Hackenberg, and anyone in between.

“I think Zach’s ceiling is exactly what he thinks his ceiling is, which is no limit to what we think he’s capable of, and I mean that genuinely,” Saleh said. “Yeah, he’s a competitor. He wants explosive plays, he wants to be the best quarterback in the league Day 1. … For him, it’s not about being the best today, it’s about being your best today, and whatever your best is today, trust that it’s good enough, and you can grow into whatever you are, to maximize. I believe it’s gonna be special.”

You don’t have to be Tom Brady today to be special tomorrow.

Adam Silver will not attend Game 6 of the Finals

Gadgets to gift your father this Father’s Day

Sunday open thread: Which Lions player/coach are you most excited to see on Hard Knocks?