The Boston Celtics are now 2-1 in their opening three games of Summer League and have begun to look mighty impressive. We’ve seen some excellent ball movement, impressive on and off-ball defense, and on Tuesday night, we saw multiple shooters get hot from deep, to give the Celtics a victory over the Golden State Warriors – and yes, I’m viewing that as a revenge game.

Usually, after a game, I like to do some analysis, where I look at plays, players, or specific sections of a game and try to make sense of what happened. But Summer League is a little different. Sure, you can still do those breakdowns, but in reality, the entire point of playing in Las Vegas is to show what you’ve got, what you’ve improved on, what you can do, or, what you can become – it’s about putting yourself in the shop window.

So, with that in mind, let’s take a look at some of the more impressive players from the last two games, and see which one of them is leading the race for Boston’s final two-way spot, or if they’re showing enough to potentially get an opportunity on the main roster. Just as an FYI, Sam Hauser, and JD Davison will be excluded from this list, as their contract statuses are already resolved.

For the majority of Boston’s Summer League play thus far, Kabengele has looked like the most NBA-ready prospect on the team’s roster. Dominant on the glass, physical in the post, and with an outside shooting stroke, the third-year big man has been impactful at the center position for the Celtics.

All of those skills were on display against the Warriors on Tuesday, as Kabengele battled James Wiseman — the 2nd overall pick in 2020 — and for the most part, controlled the matchup. Granted, Wiseman, 19, is coming off a longstanding injury and is working himself back to full fitness, but Kabengele’s ability to win that duel will do wonders for his stock with executives around the world.

This possession shows a lot of what Kabengele brings to the table. It starts with an action out of Boston’s delay series (a five-out offense with the big man in control of the ball above the perimeter) before starting to flow into a zoom elbow action (pin down to dribble hand-off on the elbow extended).

The Warriors’ defense does a good job of denying Juhuan Begarin’s curl off the pin-down, forcing Kabengele to hold the rock a little longer, but eventually, the hand-off happens and the third-year big man rolls hard to the rim, catching a lob and completing the play.

Think about how Robert Williams would handle this possession — it would be almost identical, right down to the lob finish. When you consider what Boston needs in a backup big man, somebody that can fulfill Williams’ duties at an admirable level is an ideal fit, and while Kabengele is ways away from being on The Timelord’s level, he’s proving he can fill a rim running role for an NBA team’s bench. 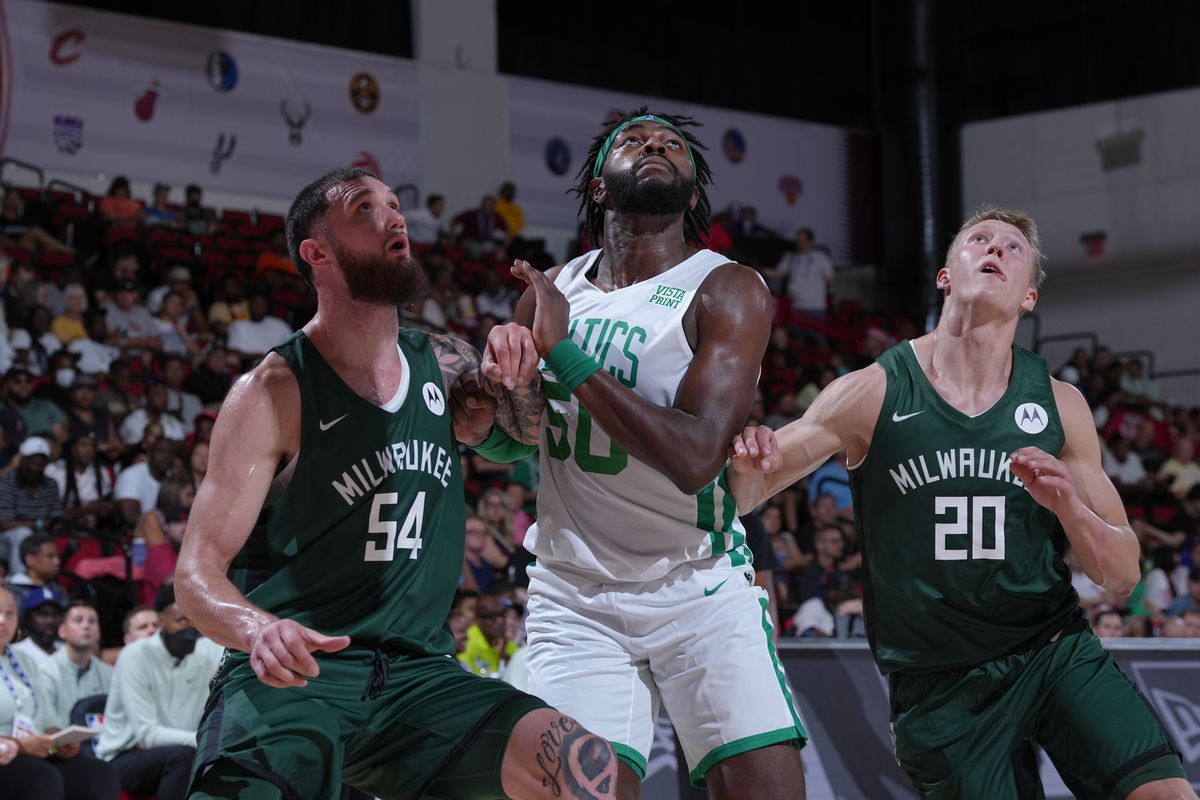 Sticking with big men, we have Trevion Williams, who has struggled defensively but has begun to show his passing acumen, which is his bread-and-butter skillset right now. When you think of a two-way contract, it’s often seen as a tool to retain a project player while allowing them to develop their game in the G-League, and Trevion Williams fits the bill perfectly.

Right now, defense, rebounding, and finishing through contact all project to be problematic areas for the undrafted rookie, but with the right coaching, and a year or two with the Maine Celtics, he could have a shot at making an NBA roster down the line. However, the first port of call is figuring out if Williams is a center or a forward, because much like Grant Williams in his sophomore year, the position Trevion is going to play will have a big impact on how he approaches his strength and conditioning in the coming months.

Still, when you have a big man with this type of passing ability, it’s almost criminal not to try and nurture him into an NBA-caliber player — especially when you already have two of the better passing bigs in the league on your roster. 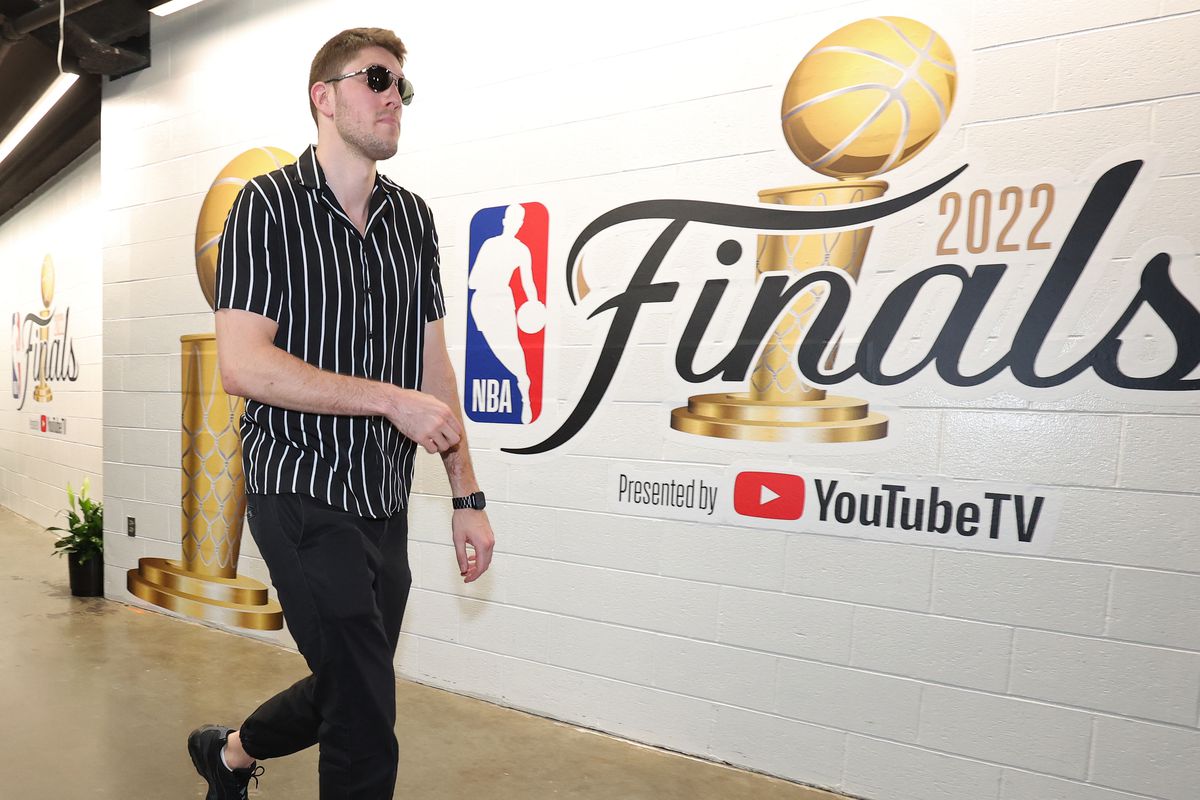 You might believe that Sam Hauser’s three-year deal with the Celtics is a limiting factor for Matt Ryan’s chances of making the final roster in the coming weeks. And while that’s a fair assumption, there is a world where the two sharpshooters co-exist.

You see, Hauser projects to be more of a catch-and-shoot threat, who will be lifting and sinking out of the corners, and cutting off the ball to find his favored spots. Ryan appears to be better suited to the role of a movement shooter, where he would be more Duncan Robinson than Kyle Korver.

Here’s Ryan operating as the popper in a Spain pick-and-roll possession. Watch how quickly he receives the ball, squares his hips, and gets his shot off. By adding Ryan to the roster, Boston would have shooters littered throughout their bench, with each shooter boasting a different skillset, allowing Boston to answer any matchup-dependent questions they face in the upcoming season.

Unfortunately, the arrival of the next player on this list means that Ryan could be fighting for a two-way spot with Trevion Williams, rather than competing for one of the Celtics’ three open roster positions.

Verdict: Most likely to get a two-way slot 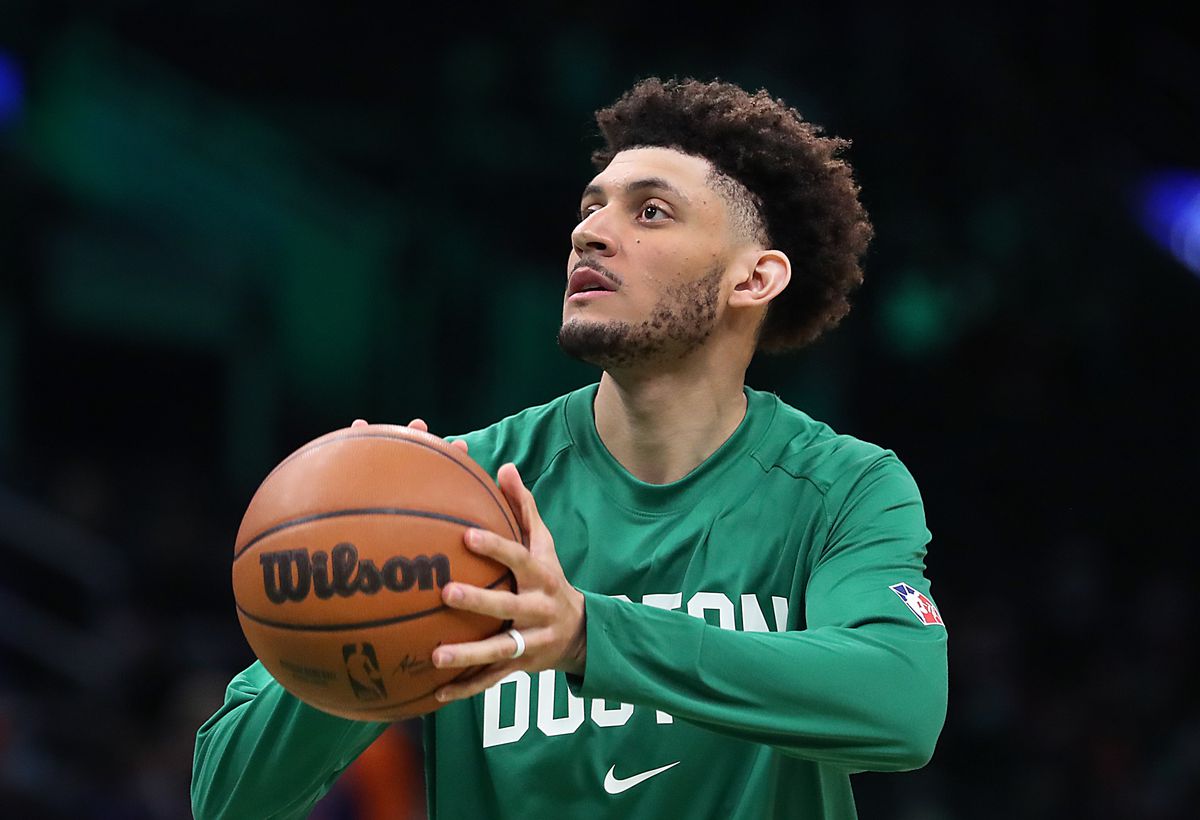 The Celtics are prioritizing a big man in free agency or via trade, leaving the door ajar for a wing to earn themselves a contract for the upcoming season, so joining Boston’s Summer League roster might have been a smart decision by Justin Jackson.

This isn’t the first look Boston’s getting at the former 15th overall pick, as he was briefly with the team last season on a hardship exception. Since joining the roster, and being given an opportunity to prove he belongs at this level, Jackson has slowly wrestled Kabengele’s title of ‘most NBA-ready player’ away from him, as the veteran wing has significantly impacted games on both sides of the floor.

If Boston is looking to add a low-cost, impactful wing to fill out their rotation and provide a burst of energy on offense during limited minutes, Jackson is doing himself no harm with his Summer League performances and could be in line for a closer look by the coaching staff in training camp.

Verdict: Most likely to earn a roster spot

Kabengele and Jackson are both capable of finding themselves on an NBA roster in the upcoming season, but neither should expect to be featured within a team’s rotation, with an end-of-bench role the most likely outcome for them. Of course, that doesn’t mean they won’t earn a larger role once the season gets underway and they continue to develop.

When talking about two-way contracts, Matt Ryan (who is certainly a full-time contract candidate) has the edge over Trevion Williams, due to his upside at the next level and ability to slot into a rotation in a pinch. However, I do like Trevion’s game and hope that he gets an opportunity within Boston’s system, but I also love Ryan’s story – oh, this is a tough one.

Final verdict: Justin Jackson gets a contract, and Matt Ryan gets a two-way deal.

Williams and Kabengele get opportunities elsewhere.