Emiliano Carchia @Sportando
Damian Lillard on his calf strain: The last time was worse
sportando.basketball/en/damian-lill… – 5:18 AM

Aaron J. Fentress @AaronJFentress
The Blazers are 10-6 with Damian Lillard having missed five games and left two early because of calf injuries. They are 7-2 when he starts and finishes a game. – 2:01 AM

Aaron J. Fentress @AaronJFentress
Damian Lillard missed four games following his first calf injury. He is hopeful that he won’t miss as many games this time around but does anticipate missing some time.
“The only thing I know is that it wasn’t as bad as the first one.” – Damian Lillard. pic.twitter.com/BTMj8SzgQz – 1:45 AM 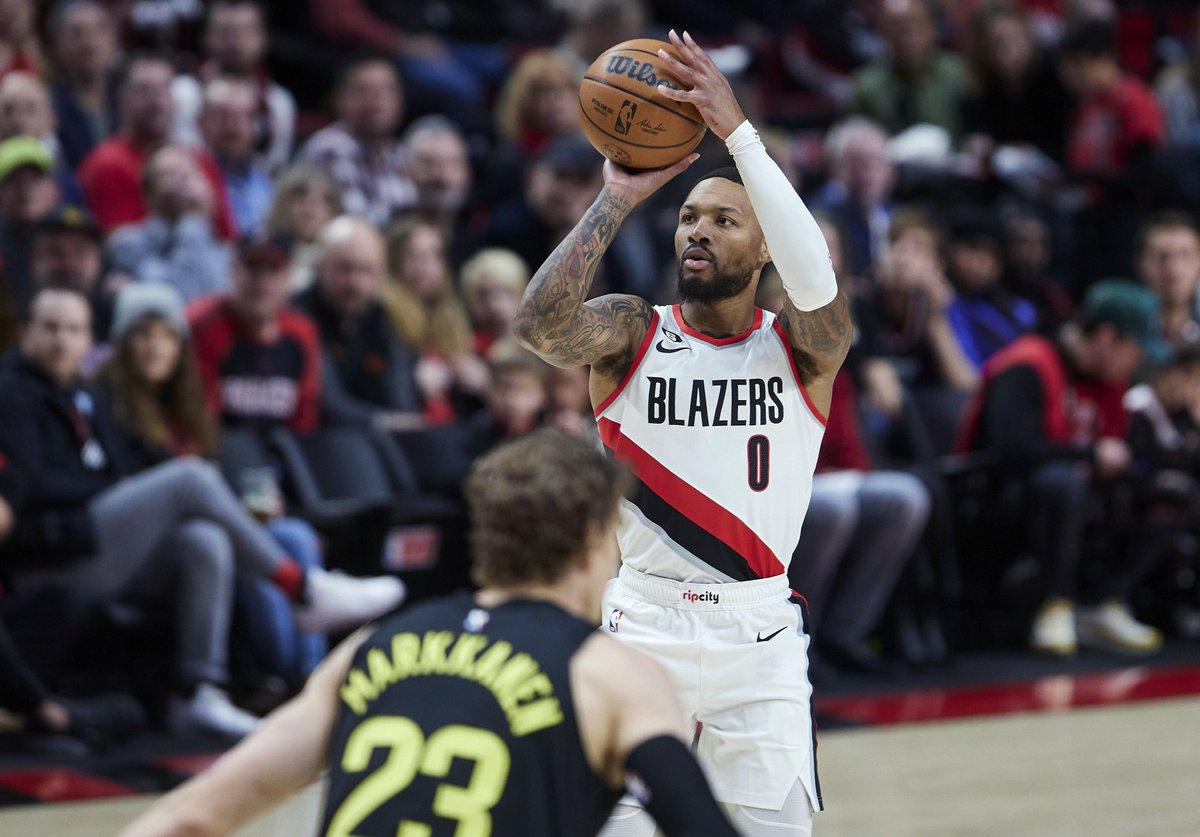 Sean Highkin @highkin
Damian Lillard says this calf injury isn’t as bad as the first one. Seemed to think he’ll miss a couple games on the road trip but doesn’t expect it to be an extended thing. Had an MRI tonight but no results yet. – 1:23 AM

Eric Walden @tribjazz
Hardy: Talen particularly stepped up. His defense was very good on Lillard. Set the tone, ran the team well. – 12:42 AM

Oleh Kosel @OlehKosel
Josh Hart almost led the Trail Blazers to the comeback win after Dame left w/ injury. Offensive rebounds, steals, smart passing, coast-to-coasts were all witnessed. He was a machine, but Jordan Clarkson was huge in the clutch.
Utah/Portland are fun & legit. Get on board already! – 12:34 AM

Arash Markazi @ArashMarkazi
If Caleb Williams has a big game in a USC win over Notre Dame next week, he will be the first Trojan since Matt Leinart and Reggie Bush in 2005 to travel to New York for the Heisman Trophy ceremony. pic.twitter.com/BhtQSFrMsw – 12:06 AM 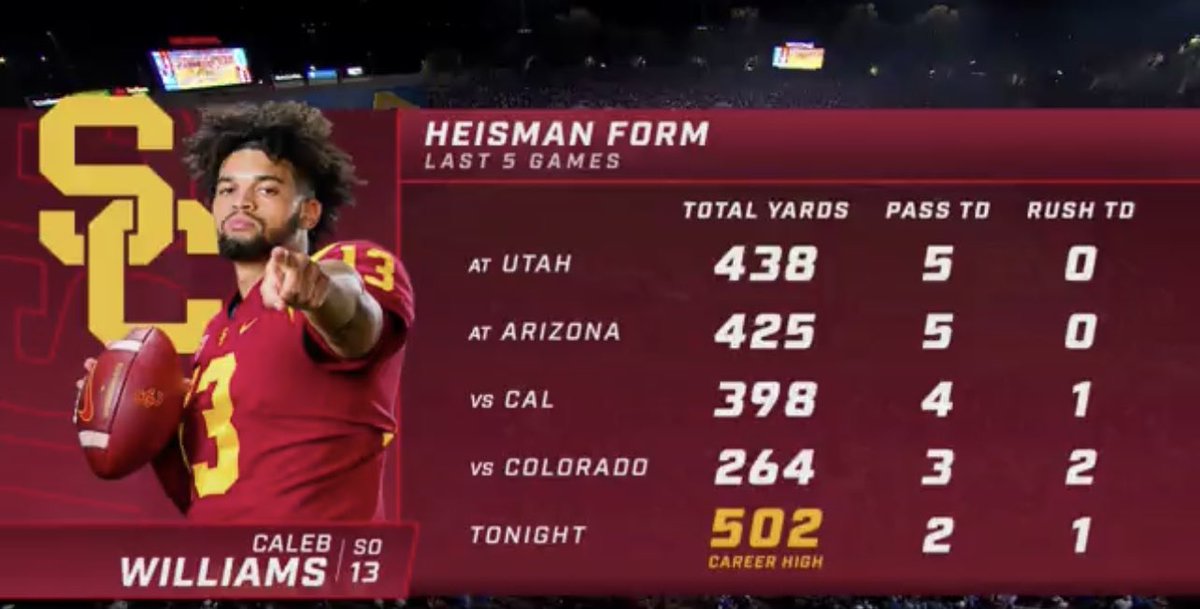 Eric Walden @tribjazz
Lillard (calf tightness) is OUT for the remainder of the game for Portland – 11:57 PM

Tony Jones @Tjonesonthenba
Damian Lillard has calf tightness and will not return – 11:57 PM

Andy Larsen @andyblarsen
So both Lillard and Conley out for the rest of this one… – 11:56 PM

Sean Highkin @highkin
Blazers say Damian Lillard is out for the rest of the game with right calf tightness. – 11:55 PM

Arash Markazi @ArashMarkazi
Carson Palmer wasn’t considered a favorite to win the Heisman Trophy until the last two games of the season when No. 7 USC beat a Top 25 UCLA team at the Rose Bowl and a Top 25 Notre Dame team at the Coliseum to make USC a Top 5 team. Could the same be true for Caleb Williams? – 11:07 PM

Eric Walden @tribjazz
Vando collides violently with Dame trying to get a steal. He’s down on the court holding his right elbow. – 10:59 PM

Sean Highkin @highkin
Nothing is falling for Dame tonight. – 10:57 PM

Casey Holdahl: Update from @Damian Lillard: He says his calf doesn’t feel as bad as the last time he missed games with the injury, though he expects he’ll miss games again. He did have an MRI. -via Twitter @CHold / November 20, 2022

Chase Hughes: Gilbert Arenas says the two players who remind him most of himself in today’s game are Damian Lillard and James Harden. He said if he had to choose one player to take the last shot, it’s Dame with “Luka as a close second.” -via Twitter @ChaseHughesNBCS / November 18, 2022

Talanoa Hufanga is the only player in the NFL this season to...

🔴 LIVE: Group C on a knife edge as Álvarez scores for...

🔴 LIVE: Group C on a knife edge as Álvarez scores for Argentina

Will the Indiana Pacers be buyers or sellers at the NBA trade deadline?