Now that the Boston Celtics have climbed the mountain in the Eastern Conference and made the NBA Finals, they’ll have a giant target on their backs. Every contender in the league will be gunning for them. While the Celtics made a fantastic run, they needed a few seven-game series to get out of the East. The margin for error remains thin as there are some top-tier teams in the conference emerging to threaten them.

Whether the Celtics are the favorite is a question for another day. What we’re here to figure out today is who the biggest threat is for the Celtics entering the season to stand in the way of back-to-back Eastern Conference crowns.

We asked our staff here at CelticsBlog who they believe the biggest threat is.

Mike Dynon: The Bucks are clearly the most formidable opponent. Just one year removed from winning the title, their rotation core is one of the league’s strongest, featuring all veterans with at least four seasons of experience. This summer, the Bucks re-signed all their free agents while adding Joe Ingles, who seems to always play well against Boston. Of course, the Bucks are led by probably the league’s most unstoppable force, Giannis Antetokounmpo, now solidly in his prime at age 27, entering his 10th season. The Bucks will also be extra motivated to get back to the top of the East. They have faced the Celtics in the postseason three times in the past five years, losing twice in seven games. We’ve heard ad nauseam the narrative that they would’ve beaten Boston last spring if only Khris Middleton wasn’t injured – and no doubt they believe that. So, if the Celtics are to return to the Finals, Milwaukee should be their toughest obstacle.

Daniel Poarch: For me, the conversation starts and ends with the Milwaukee Bucks. Anytime you have a player of Antetokounmpo’s caliber on your roster, you’re all but expected to contend for a spot in the NBA Finals after all. The erstwhile champs took the Celtics to seven in the second round of last year’s playoffs, and – as any Bucks fan would love to tell you – they did it without the services of Giannis’ co-star, Khris Middleton. Milwaukee will have Middleton back on the court to start the year (along with a healthy Brook Lopez, whose absence quietly hurt them quite a bit through the first half of last season) and they retain quality depth around their stars. They’ll be back in the hunt this season; if anyone other than the Celtics is going to claim the top seed in the East, I’d expect it to be the Bucks.

Jack Simone: It just has to be the Milwaukee Bucks. Teams like the Miami Heat, Brooklyn Nets, Philadelphia 76ers, and Toronto Raptors all need to be accounted for, but the Bucks are easily the most championship-ready squad in the East outside of Boston. Giannis is the best player in the world, Middleton and Jrue Holiday are severely underrated every year, and their depth is as good as it’s ever been. The Joe Ingles addition should be taken with a grain of salt because of his age, but even outside of that, re-signing both Bobby Portis and Pat Connaughton to longer deals cannot be discounted. Milwaukee is going to be a top team in the East and they are the Celtics’ top competition. And to be honest, I don’t think it’s particularly close. I think there’s a pretty big gap between Boston and Milwaukee and the rest of the conference. 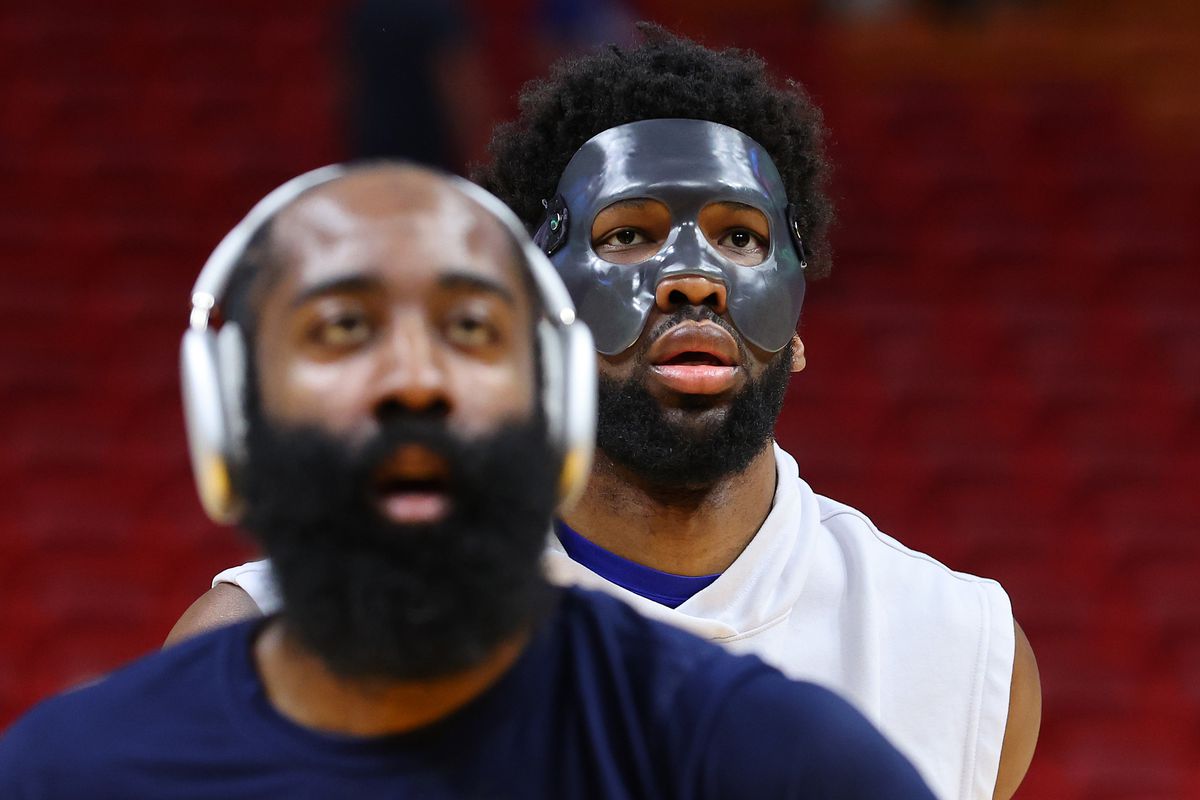 Neil Iyer: While I agree with the consensus that Milwaukee is the toughest opponent, I think the best version of the Philadelphia 76ers can give Boston the most trouble. James Harden isn’t a #1 option on a championship team, but if he can reconfigure his game to be an elite third option behind Tyrese Maxey and Joel Embiid, the Sixers are a sleeping giant. They have an outstanding complementary supporting cast with Tobias Harris, Georges Niang, De’Anthony Melton, Paul Reed, and PJ Tucker (among others). Don’t be surprised if Embiid goes full Terminator on the league after his MVP and first-team all-NBA snubs. Harden’s ability and willingness to thrive in a reduced role is this team’s X-factor.

Adam Spinella: There’s a lot that can happen between now and next April, but I’m pretty startled by the Philadelphia 76ers. Maxey, Harden and Embiid could be the Eastern Conference’s next version of a Big Three. Harris is ideal as a fourth option; he gets a lot of flack for his big contract but this is the perfect role for him. Stealing PJ Tucker away from Miami gives them a ton of lineup flexibility in the frontcourt, and role players like Melton and Niang provide balance elsewhere. I agree with Neil that Harden is the X-factor, but not as the third option and more for his health and ability to stay engaged throughout the year.

Bill Sy: Oddly, the Toronto Raptors. The star power of Philadelphia, Milwaukee, and Brooklyn scare me, but there’s something about the Raptors’ coaching and versatility that strikes fear in my basketball heart. I had actually wanted their talent pool to get gutted by a Durant trade. Like last season, I don’t want to be anywhere near the 4-5 matchup because that could set up a seven-game bloodbath north of the border.

Bobby Manning: It’s hard to say anyone other than the Bucks.

The addition of Joe Ingles could be an underrated heist depending on how he recovers from ACL surgery. He’s expected to return sometime around midseason and averaged 12.7 PPG and 4.7 APG as recently as 2021 for Utah while shooting 45.1% from three. Khris Middleton is back, MarJon Beauchamp shined as a two-way wing in Summer League and I suspect that Serge Ibaka will have a greater role in his first full run with Milwaukee starting the year fully healthy. Giannis is the best player in the sport.

Elsewhere, I’ll co-sign Toronto with all their wing depth and versatility defensively as a specifically strong threat to Boston, Philadelphia is highly dependent on Harden, and I’m not optimistic about him. I need to see the Nets before I can assume they’ll be functional despite the talent on paper. I have my doubts about Miami, but Erik Spoelstra is as good as it gets, they’ve gelled for multiple seasons as a core now and came one shot away from downing the Celtics last year. You have to respect that.

Must C’s: after game-winning show, Matt Ryan reflects on his basketball journey