The Boston Celtics have had a busy offseason. When the NBA moratorium lifts at 12:00 noon ET on Wednesday, the Celtics can officially complete their trade for Malcolm Brogdon. They’ll need to wait a bit longer to sign Danilo Gallinari, as he has yet to be waived by the San Antonio Spurs.

Here’s what we’re waiting on for Boston to finalize:

Brad Stevens said his offseason goals were to add bench scoring, to add some shooting with size and to shore up the team’s playmaking.

Brogdon fills all three stated goals (he has decent size for a guard and can play at the three a decent amount). Gallinari completes the first two goals. Hauser sticks as a developmental shooting prospect. And Kornet gives the team solid enough depth as a third center.

It’s there where Stevens still has some work to do.

The Celtics have a terrific starting center in Robert Williams. Kornet is a solid third center. Missing in-between those two is a quality backup five.

Yes, Al Horford will fill that role to a large degree. The three-big rotation of Horford, Rob Williams and Grant Williams is very good. Good enough to make the NBA Finals and to push the Golden State Warriors to six games.

The challenge is getting through the 82-game regular season first. Horford is 36 years old. He should have his minutes capped at around 30. Ideally, he’ll average around 25 minutes per regular season game.

Williams is coming off his best season. He’s proven he can be a Defensive Player of the Year candidate. His offensive game, to those who watch regularly, is rapidly expanding beyond catching impossible alley-oops.

The worry? Williams played 61 regular season games last year and nearly doubled his minutes played for a season. Did that contribute to his late-season injury that impacted him throughout the playoffs? Unclear. But it probably didn’t help much.

That makes finding a quality backup center the last important item on Stevens’ to-do list. The Celtics are likely to take it easy with both Williams and Horford early in the season, and probably throughout the season in Horford’s case. Back-to-back appearances might be limited, if not eliminated entirely.

The problem is the backup center market now is pretty limited. Thomas Bryant was in the mix, but he signed with the Los Angeles Lakers, likely because there is a much clearer path to playing time and starting in Los Angeles than there would have been in Boston.

The good news? The Celtics are armed with the soon-to-be-expiring $17.1 million Evan Fournier Traded Player Exception. Boston also has $6.9 million and $5.9 million TPEs they can use to acquire a player via trade.

The not-so-good news? Boston is already about $19.8 million over the luxury tax. Adding another player who makes even around $10 million would push the team into entirely new levels of tax penalties. We’re talking Warriors, Brooklyn Nets and LA Clippers range of a tax bill. That’s probably not where this team is heading.

Still, here are the best options for the Celtics to add as a true backup center. We’ve separated them into: The Trade Targets, The Free Agents and The Off-the-Board Options. We’ll give a little blurb about each option.

· Zach Collins – San Antonio Spurs: If Collins was a good bet to stay healthy, he’d be an ideal pickup. As it is, there’s probably too much injury risk to go here.

· Derrick Favors – Oklahoma City Thunder: OKC clearly has no need for the veteran big man. And it worked out pretty good last time Boston got an older big from the Thunder!

· Willy Hernangomez – New Orleans Pelicans: Hernangomez has done a good job as the “stay ready” big for the Pelicans. His contract is also incredibly affordable.

· Alex Len – Sacramento Kings: Len is huge. He’s also played well when given minutes. His deal is pretty affordable. And the Kings have a lot of other bigs, including…

· Trey Lyles – Sacramento Kings: Lyles can shoot and he’s a passable defender. He’s also on a very team-friendly deal. But the Kings don’t seem all that likely to move him.

· Kelly Olynyk – Detroit Pistons: This one goes beyond the “former Celtic” angle. Olynyk fills a need and would fit in perfectly. It would push the tax bill higher than ever, but he’s presumably gettable, considering Detroit has young bigs who need minutes.

· Mason Plumlee – Charlotte Hornets: Similar to Olynyk in that he fills a need and his ability to pass would fit in the frontcourt. Plumlee’s contract would also push the tax bill pretty high.

· Jakob Poeltl – San Antonio Spurs: This would be kind of a dream fit. But the cost is probably more than Boston wants to pay in terms of picks and then salary/tax.

· Dwight Powell – Dallas Mavericks: The Mavs are suddenly flush with bigs. But Boston could, and should be able to do better, especially for the salary/tax impact acquiring Powell would have. 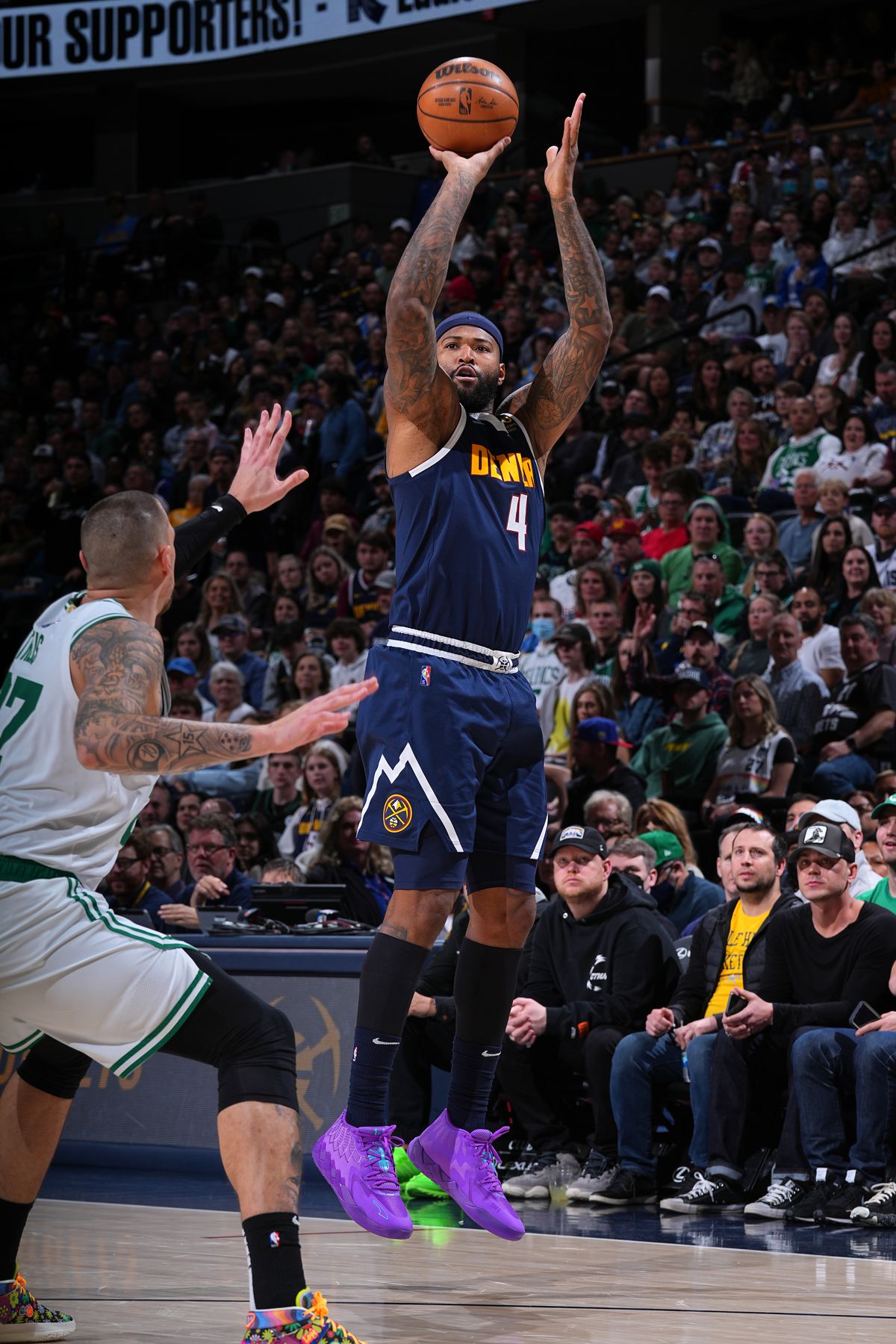 · LaMarcus Aldridge – unrestricted: Aldridge would provide some more scoring off the bench. But that’s about all he’s got left. He looked pretty well-cooked for the Nets last season.

· DeMarcus Cousins – unrestricted: Cousins showed he’s got enough left when he backed up Nikola Jokic last season. He’s got a prickly attitude, but the hope would be the Celtics could keep him focused. Cousins’ shooting and passing are a nice fit in the frontcourt.

· Dwight Howard – unrestricted: Howard can still block some shots and grab rebounds in his area. But he’s slipped a good deal as an athletic finisher.

· Tristan Thompson – unrestricted: You know what? We’re moving on.

· Hassan Whiteside – unrestricted: Yeah. Let’s get to the next section. 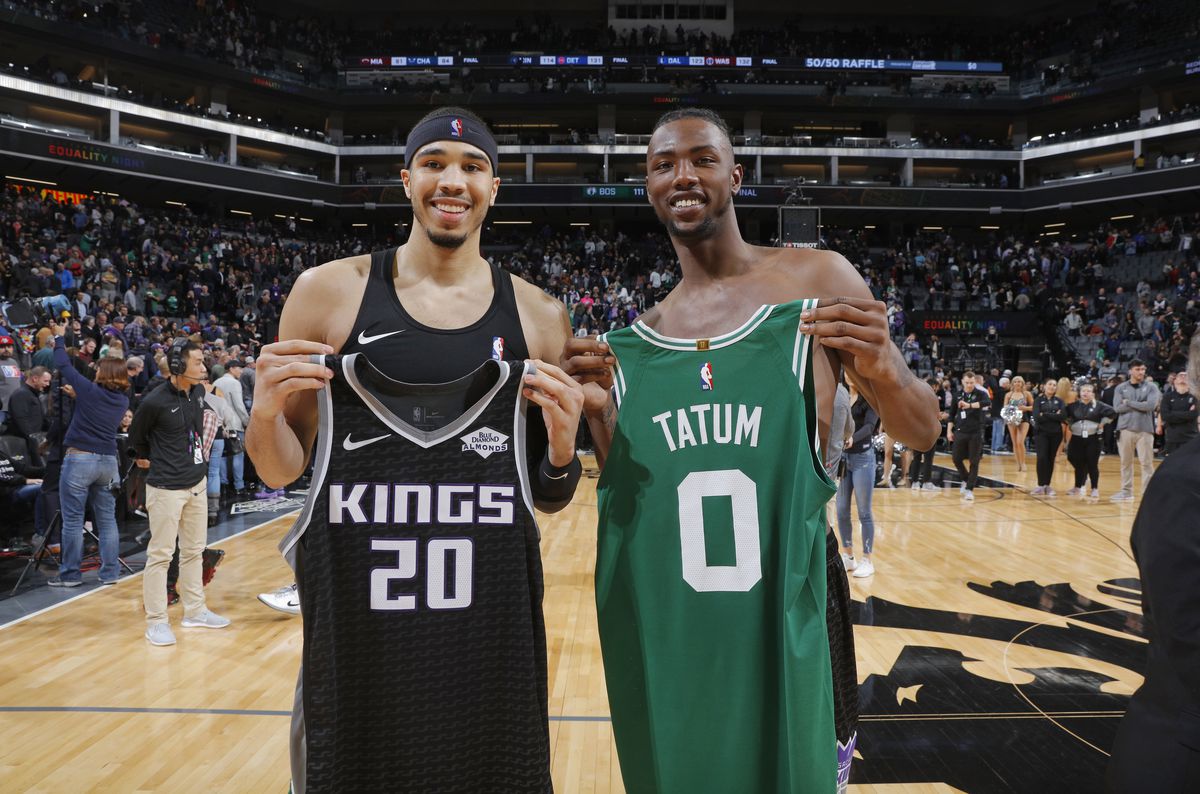 · Willie Cauley-Stein: Cauley-Stein played parts of last season with the Dallas Mavericks and Philadelphia 76ers. If he’s ready to play, WCS offers some defense and some passing ability as a backup five. The problem is there’s something that’s kept him from putting it together the last couple of years.

· Harry Giles III: Giles is one of Jayson Tatum’s best friends. That’s almost enough. But there’s talent there too. He’s only 24 years old too. This could be a no-risk, high-reward type of signing. Plus, if it makes Tatum happy, why not?

· Mfiondu Kabengele: He’s on the Summer Celtics, so that’s a start. Kabengele is also coming off a terrific G League season. Is he ready for NBA backup center minutes though? That’s unclear. He’s also more four than five.

· Chinanu Onuaku: Onuaku washed out of the NBA about four years back. But he’s figured things out playing in Croatia and Israel the last couple of years. He’s an NBA-level talent and could probably handle 10-15 minutes a night as a backup. At 26 years old, Onuaku screams classic “late bloomer”.

· Anzejs Pasecniks: Pasecniks is a former first-round pick and he struggled to stick in the NBA. But last year in Spain he played really well. He’s also played well in the G League. He’ll be 27 years old around the holidays, so this one has limited upside.

· Olivier Sarr: Sarr played well during callups with the Oklahoma City Thunder last season. He’s only 23 years old, so there’s room left for development. He’s also very big with good length. He’s probably not ready for backup minutes right away, but down the line, this one could pay off.

· Mike Tobey: Tobey is sort of like Pasecniks, in that he didn’t stick in the NBA and he’s older. But Tobey has played well for five years in Spain. He’s got good touch and good range. Tobey could be worth a look on a minimum deal.

· Trevion Williams: Williams is by far the youngest option on this list. He’s also with the Summer Celtics. He came off the bench for Purdue, but that was because the Boilermakers frontcourt was stacked. Williams can rebound and pass. He’d be the upside play out of this group, as there’s lots of room for development.

· Cody Zeller: Zeller played for the Portland Trail Blazers last year and did what he’s always done: score efficiently and rebound. He’ll be 30 years old at the start of the season, so this is “what you see is what you get” situation. But, if healthy, Zeller can fill 10-15 minutes a night without much worry.

Alex Caruso on the Bulls’ defensive intensity in Game 1: “It’s the playoffs. You lose, you go home”