The 2021-22 Boston Celtics season was a wild ride. From wondering if the Celtics would even make the Play-In Tournament late in 2021 to making it to Game 6 of the 2022 NBA Finals, it was quite the journey.

This guide isn’t meant to answer all the questions you might have about what the Celtics could do. It’s more about setting you up for what the Celtics are working with and what they can reasonably do this summer.

With all that covered, let’s dive in!

Boston already has nine roster spots spoken for with players on guaranteed contracts. We might as well add Al Horford and Sam Hauser to that list too. Horford isn’t going anywhere, and he’ll likely have his deal guaranteed before the season. Hauser has shown enough that he’s worth keeping around for another year and trying to develop. He’s sort of like a pseudo-draft pick in that sense.

So, that leaves four open roster spots on the standard 15-man roster. Some reminders:

There’s a good chance that at least a few from the group of Malik Fitts, Luke Kornet, Juwan Morgan, Matt Ryan, Nik Stauskas and Brodric Thomas are back next season. They can all fight it out in training camp for spots at the end of the bench. It’s also possible that Ryan returns to Boston/Maine on another Two-Way contract. Only Stauskas has a guarantee date worth monitoring (July 15) to determine if he’ll be back for camp or not.

As it stands, with counting in Horford and Hauser, Boston is at $151.3 million in salary for 11 players. That’s just about $2 million over the projected luxury tax line of $149 million for the 2022-23 season. Boston is also over the tax apron (where a team becomes hard capped) of $155.7 million when you factor in filling out the roster and incentives. 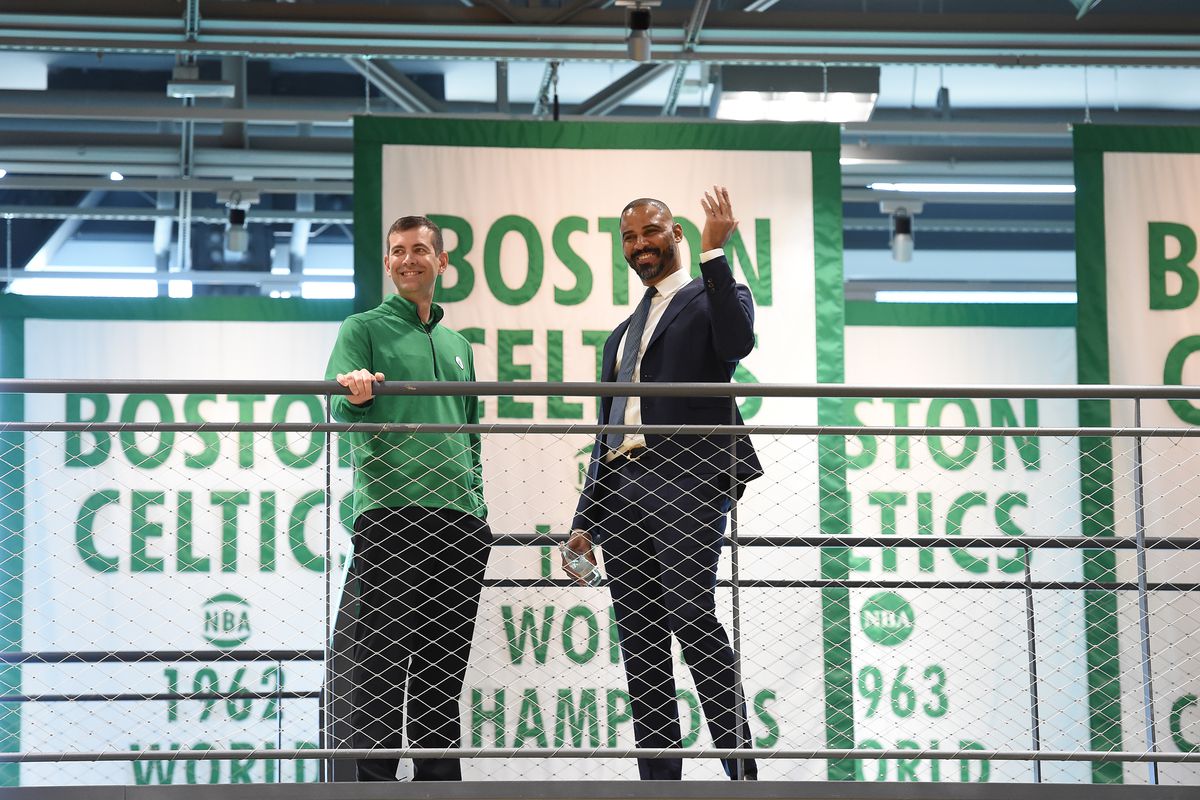 By virtue of the Derrick White trade, Boston does not have a first-round pick in the 2022 NBA Draft.

The Celtics have the Taxpayer MLE because they are over the luxury apron. Even if they were to dip briefly under the apron, they won’t be able to use the full Non-Taxpayer MLE anyway, as that would hard cap the team. The Celtics will also be unable to use the Bi-Annual Exception ($4,050,000) because they will be over or near the tax apron/hard cap.

Reminders on how teams become hard capped at the apron:

· Acquiring a player via sign-and-trade

Reminders on how TPEs work:

· A player being acquired via a TPE must have their salary, plus applicable salary-matching trade rules, fit within the TPE

The Celtics have no players with trade restrictions attached to them. All players currently signed are eligible to be traded at any point moving forward.

Teams can, and often do, increase the guaranteed amount for a player to include them in a trade where it’s necessary to match salary.

Boston holds the draft rights for Juhann Begarin (2021 NBA Draft) and Yam Madar (2020 NBA Draft). Both have continued to play overseas since being drafted.

Normally, being limited to just the Taxpayer MLE, TPEs and regular trades to acquire talent would be worrisome. Fortunately, Boston has a relatively full roster. They can reasonably expect their top 9-to-10 players from a season ago to return.

In addition, because the majority of the NBA is over the salary cap this summer, and roughly half the league is dancing around the luxury tax and hard cap, the Taxpayer MLE should have more spending power than usual.

As a readymade title contender, Boston is an attractive destination for veterans looking for both a shot at a Finals run and potential rotation spot.

Using the larger TPEs is more a question of how deep Celtics ownership is willing to go into the luxury tax than anything else. Adding a player via the MLE and via a TPE that makes $7-to-$17 million would push Boston into uncharted territory as far as their potential luxury tax bill. 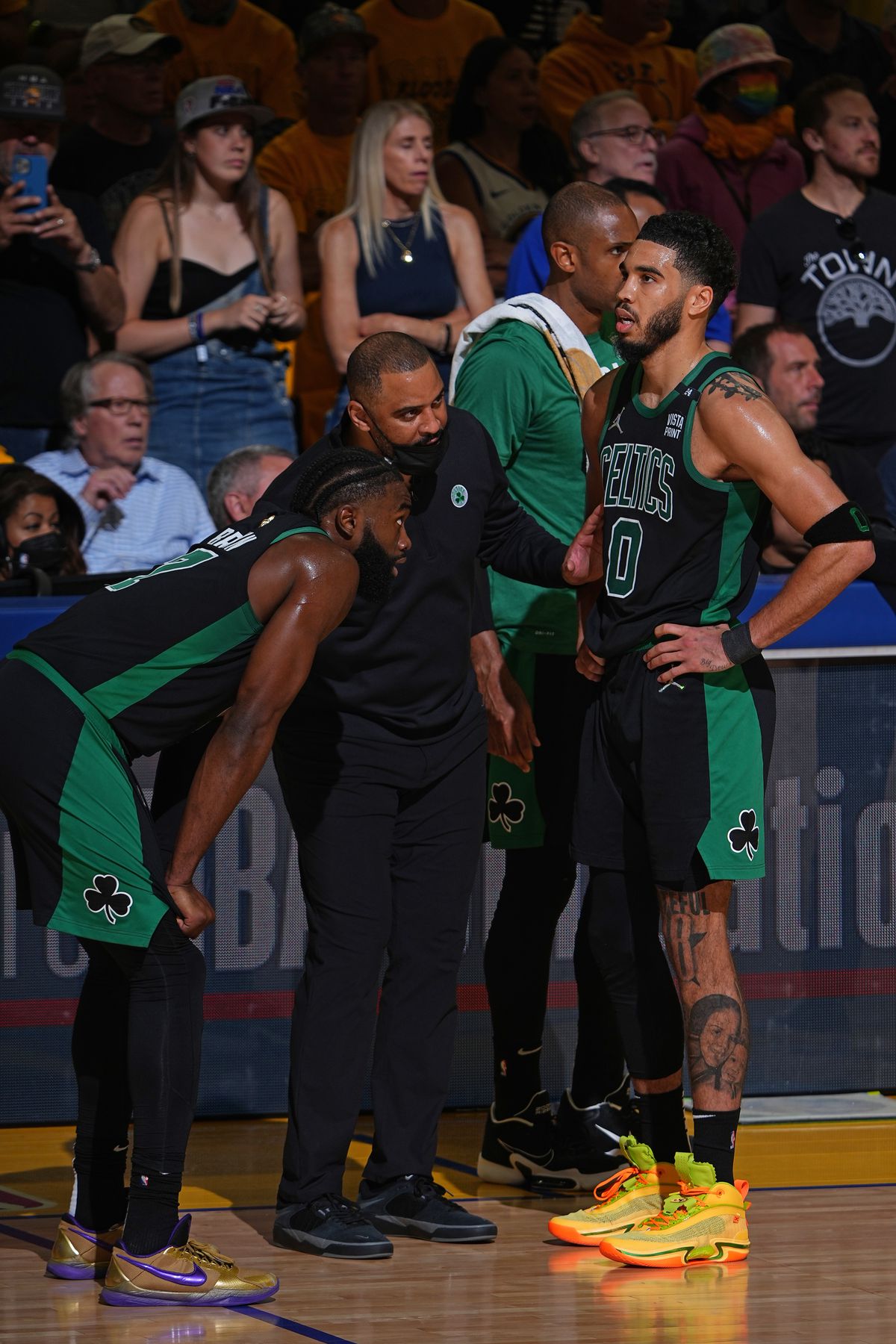 · Proven wing depth – ideally this would be a 3&D player that could spot Jaylen Brown and Jayson Tatum the rest they were sorely lacking throughout the playoffs. But the Celtics made need to settle for “3” or “D”, as the market is lacking in depth of players who fill both needs.

· Another big – The foursome of Rob Williams, Al Horford, Grant Williams and Daniel Theis is pretty solid. But one more big, ideally a 4/5 option, would be great. This is especially true considering the health concerns around Rob Williams.

· Another playmaker – Is this the mythical “pure point guard” or “floor general”? Maybe. But that’s hard to fill. Instead, this is about adding depth at a position where Marcus Smart regularly misses some time, and where Boston fell a bit short in the postseason. This ranges as a major need to a minor need, depending on who you talk to.

· Will Celtics ownership spend? – This is a fair question, as recent seasons have seen Boston cut salary to avoid the tax in recent years. Boston just barely dodged the tax in 2022, which gives Celtics owners a nice bonus check from the taxpaying teams. Now, will they turn around and reinvest that into the team by using the MLE and TPEs?

· How much depth is needed? – Boston could use what we laid out above, but the team is set to bring back all of their rotation players. And that’s a rotation largely filled with younger players who just made a run to the NBA Finals. How much do you upset that balance by adding more players who need minutes, touches and shots?

· Is it time to make an all-in move? – Should the Celtics look at how close they were to Banner 18 and make the big trade to try and get closer? What would that trade even look like? Who would it be for? Who would be sent out?

In the next week or so, we’ll have some articles here on CelticsBlog that lay out some targets for each of the needs listed above. These will include players who can be acquired by the MLE, a TPE or via a standard trade.

We’ll also have some articles that attempt to answer the three questions posed above too. Maybe something happens to help answer those questions prior to the article posting, at which point we’ll pivot to analyzing what happened.

It’s offseason time and for the first time in a while, the Boston Celtics aren’t resetting. They aren’t rebuilding either. Instead, they’ll hopefully be adding to a team that is ready to take the next step towards Banner 18.

Liam Smith vs Jessie Vargas fight: US Start time, Undercard, and how to watch